Composed by
Ernesto Lecuona
Arranged by
Stuart Malcolm
Sheet Music Direct
Price
£ 19.00
This product is out of stock.
Product is not available in this quantity.
AudioVideoListenDescription Share

Originally the sixth movement of the Suite Andalucia for solo piano by Ernesto Lecuona, Malagueña has since become a popular, jazz, marching band and drum corps standard and has been provided with lyrics in several languages.

Originally the sixth movement of the Suite Andalucia for solo piano by Ernesto Lecuona, Malagueña has since become a popular, jazz, marching band and drum corps standard and has been provided with lyrics in several languages. Bill Holman's arrangement for the Stan Kenton Orchestra, re-imagined the song as a fiery Big Band showpiece. Performances of Holman's arrangement appeared on Kenton's 1961 album Adventures in Jazz, from which the inspiration for this arrangement comes from. One of the most well-known performances of this piece in recent years has been as part of the Broadway musical "Blast", a fusion of Drum Corps style musical arrangements and stage movements with theatric elements.

Ernesto Lecuona y Casado (1895-1963) was a Cuban composer of Spanish Heritage. Lecuona graduated from the National Conservatory of Havana when he was only sixteen. He was a prolific composer of songs and music for stage and film, which regularly used stylistic combinations of Spanish Zarzuela, Afro-Cuban and Cuban rhythmic patterns. In 1960, thoroughly unhappy with Castro's new régime, Lecuona moved to Tampa, Florida and lived his final years in the USA. He died 3 years later at the age 68; his will instructs that his remains be repatriated back to Cuba once the current régime runs its course. 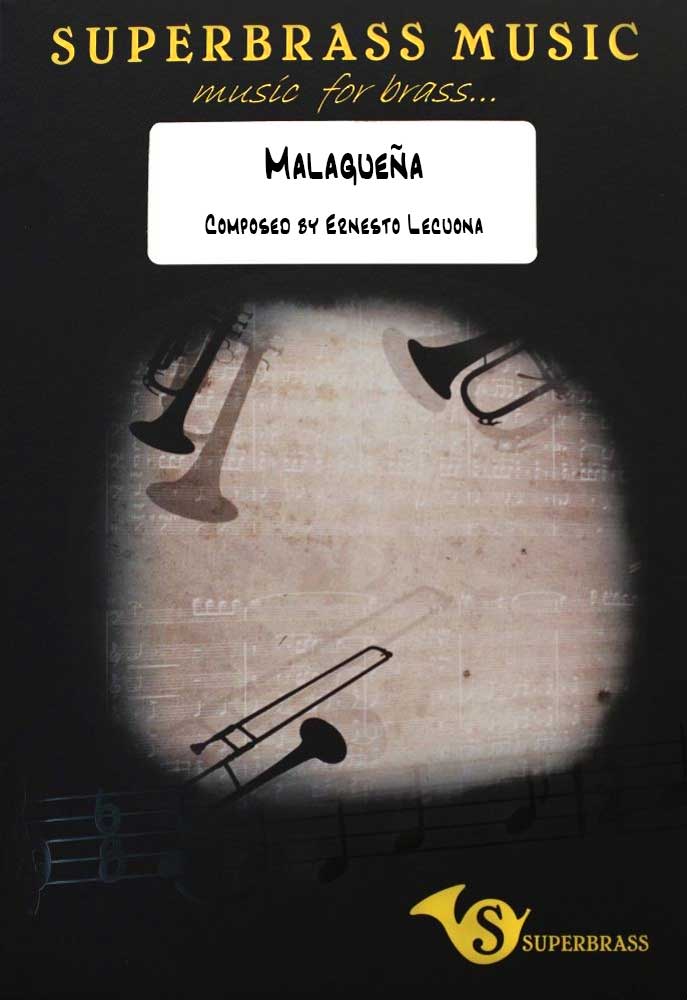 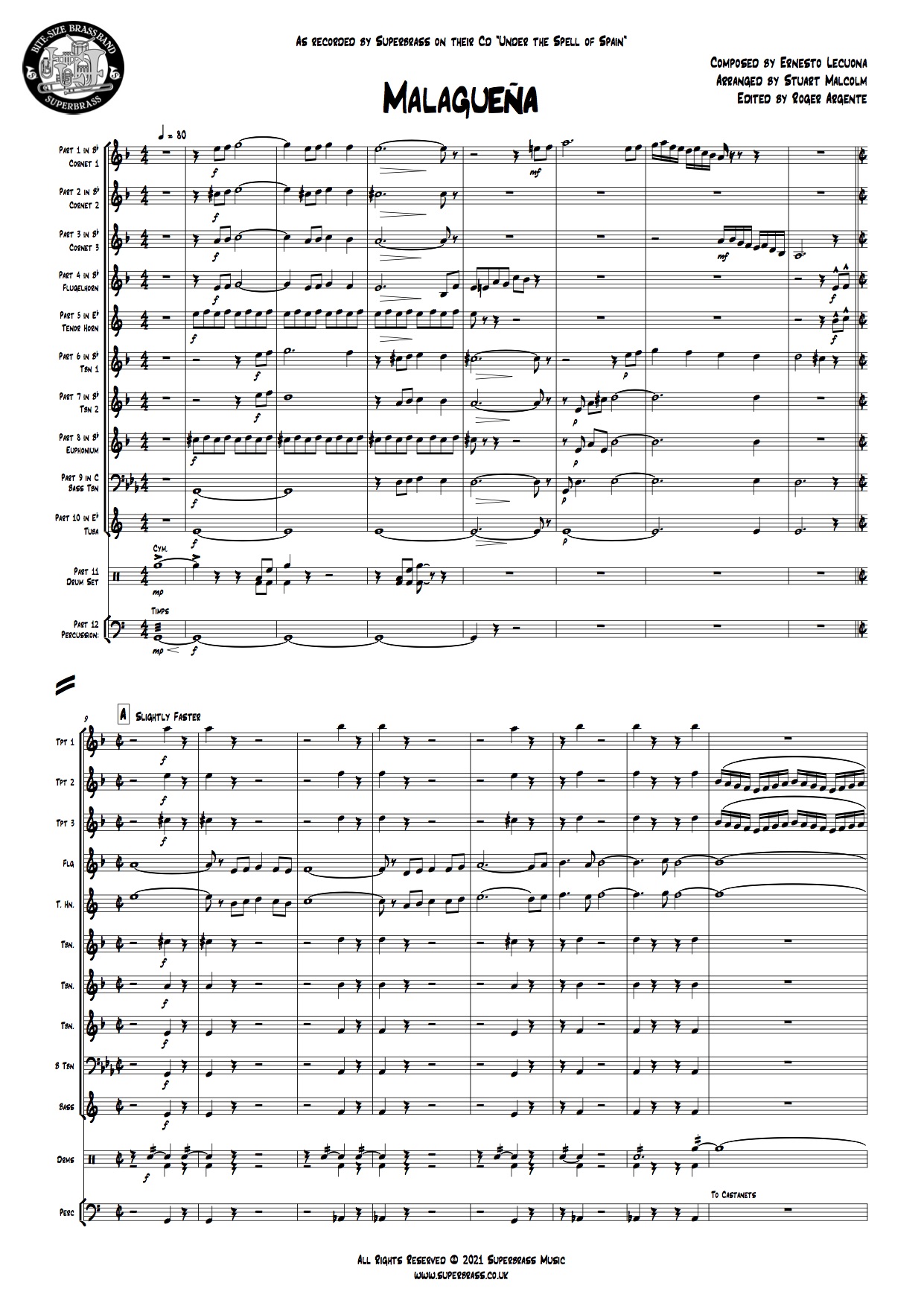 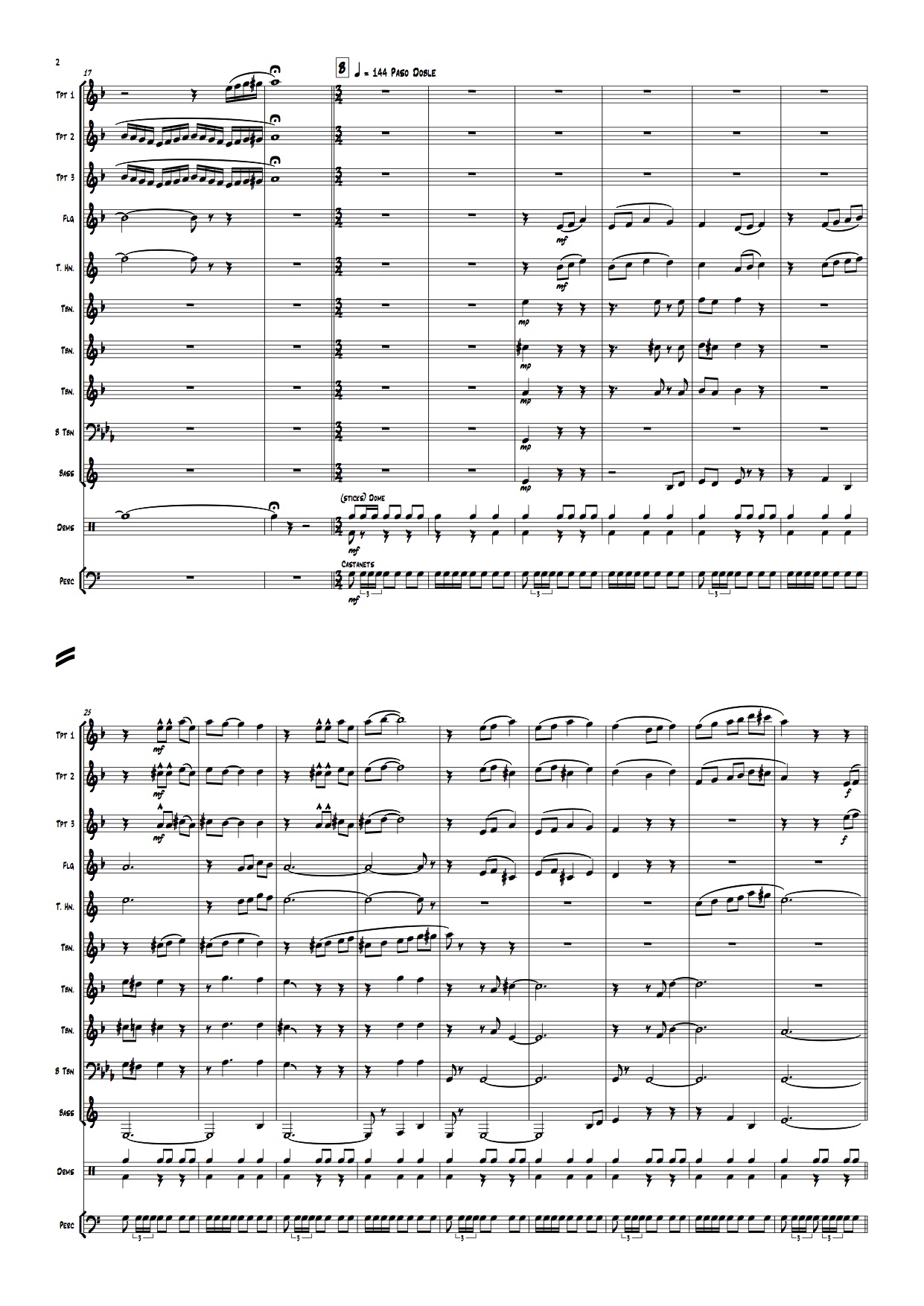 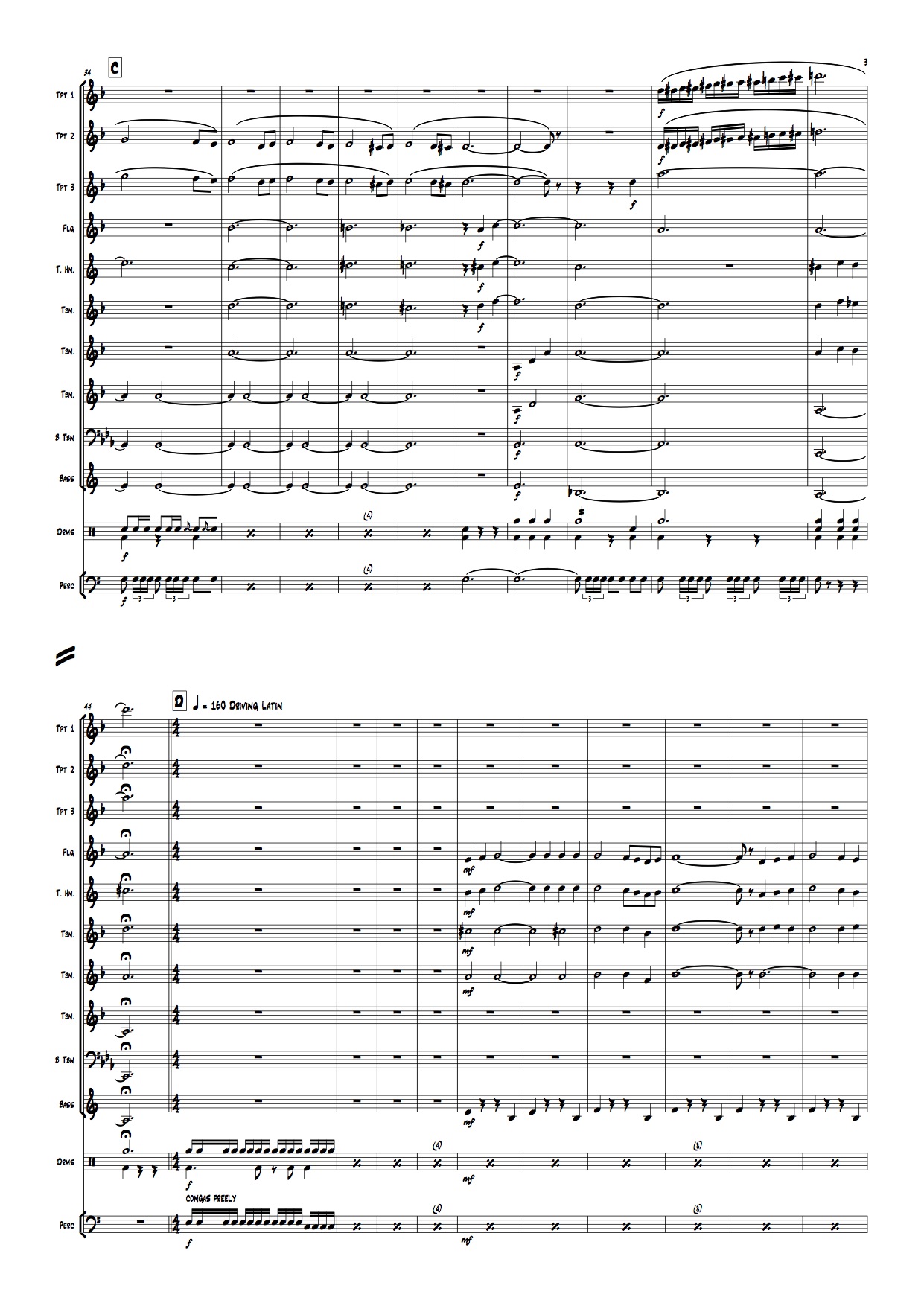