By
Duncan Ward
Arranged
Sheet Music Plus
Price
£ 16.50
This product is out of stock.
Product is not available in this quantity.
AudioVideoListenDescription Share

From a grand panoramic introduction to a fiesta-fuelled finale, this rhapsody for brass and percussion sweeps through a range of personal impressions of Spanish life.

“From a grand panoramic introduction to a fiesta-fuelled finale, this rhapsody for brass and percussion sweeps through a range of personal impressions of Spanish life. A lyrical romance of increasingly declamatory passion leads to a fast Latin waltz, with playful interplay between open and muted sonorities and some colourful harmonic twists. The pace increases as the party starts, taking in a punchy episode of 7/4 funk en route. Tubasco is a short and joy-filled romp to be best enjoyed with una cerveza.” – Duncan Ward.

Assistant to Sir Simon Rattle and Conductor of the Berlin Philharmonic Orchestra Academy at the age of 23, Duncan Ward is fast emerging as one of the most exciting and multi-talented musicians of his generation. Winner of the 2005 BBC Young Composer of the Year and formerly Principal Composer for the National Youth Orchestra, Duncan has received premieres by groups such as the London Symphony Orchestra, BBC Singers, Endymion Ensemble, The Sixteen, Navarra Quartet and Brass 10 at venues including the Barbican, Symphony Hall Birmingham, Cadogan Hall, and the Tate Modern. He was Composer in Residence for Lancashire Sinfonietta for the 2010/11season and appointed Composer for Coutts Bank Family Business Awards in 2008. Internationally, 2009 alone saw performances in India, China, the USA, and across Europe. His compositions have been broadcast on both BBC Radio 3 and Radio 2 and are published by Peters Edition. As conductor, Duncan's debuts in2012/13 include with the Bamberger Symphoniker, Lucerne Symphony, Royal Scottish National Orchestra, Manchester Camerata, Britten Sinfonia and at the Ludwigsburger Schlossfestspiele Festival. Recent highlights have included working with the International Contemporary Ensemble in New York, and in masterclass with the Staatskapelle Berlin under the guidance of Daniel Barenboim, the LSO with Valery Gergiev and the Lucerne Festival AcademyOrchestra with Pierre Boulez. He is Music Director for Streetwise Opera’s 10th Anniversary Production, and additionally directed 300 of their homeless performers for an appearance at the Royal Opera House as part of the London 2012 Olympics Festival. Duncan co-founded the WAM Foundation, which sends young UK musicians each year to teach Western classical music across India. The charity has since attracted the attention of Ravi Shankar, who invited Duncan to study with him in California in summer 2010.

As a 16 year old composition and french horn student at the junior department of Trinity College of Music, Duncan performed in the annual brass festival of 2005 at which Superbrass made their debut. Tubasco was written as a direct result of this occasion and as such Superbrass are particularly proud of this their very first original work. 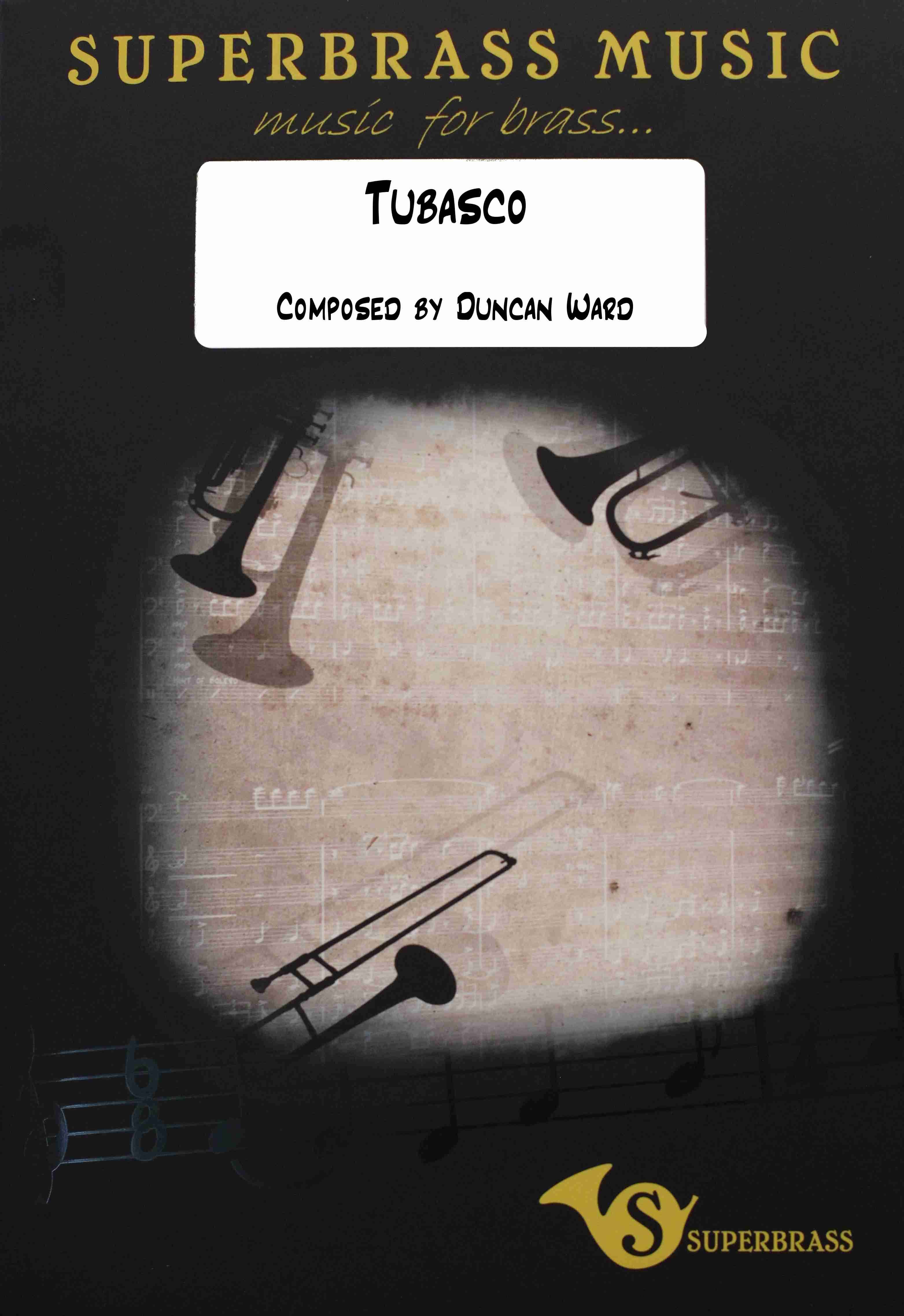 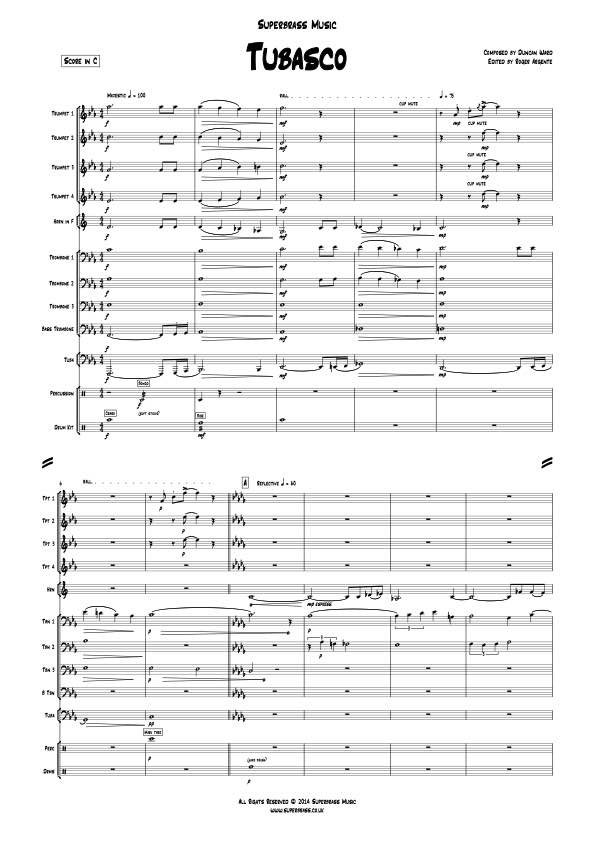 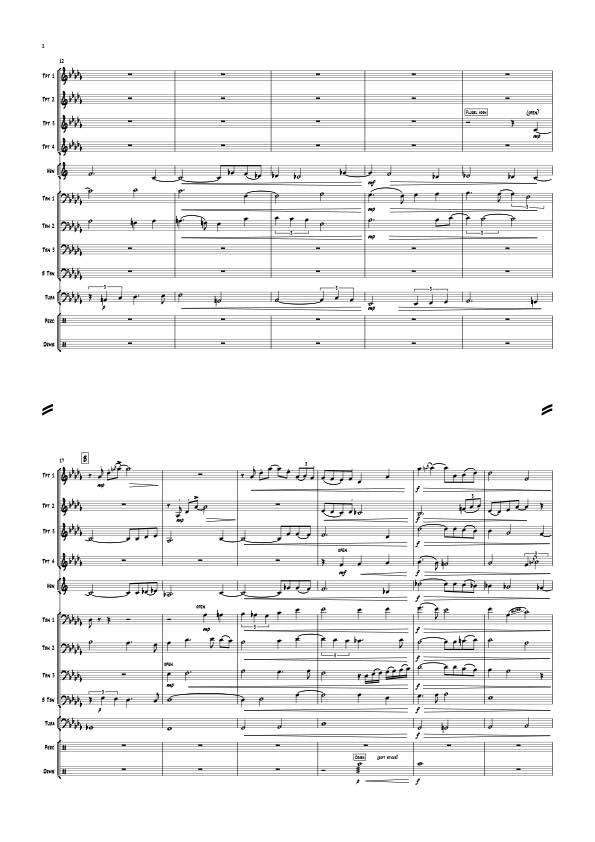 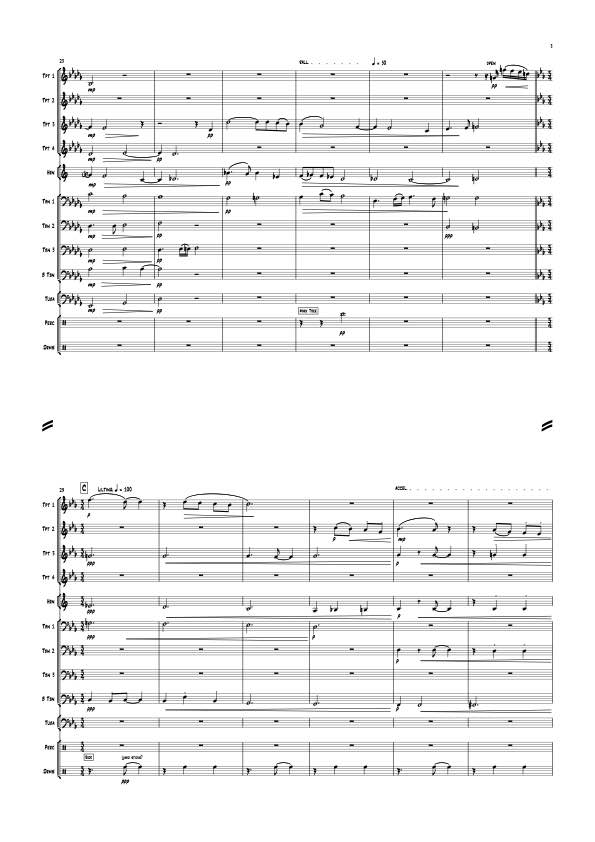