By
Camille Saint-Saëns
Arranged
Christopher Houlding
Sheet Music Plus
Price
£ 16.50
This product is out of stock.
Product is not available in this quantity.
AudioVideoListenDescription Share

Symphony No. 3 in C minor, Op. 78, was completed in 1886 at the artistic zenith of Saint-Saëns’ career. It is popularly known as the Organ Symphony, even though it is not a true symphony for organ, but an orchestral symphony where two sections out of four use the pipe organ.

Camille Saint-Saëns (1835 –1921), was a French composer, organist, conductor, and pianist. He is widely known for his most famous works, "The Carnival of the Animals", "Danse Macabre", his opera "Samson and Delilah" and his Symphony No. 3 (Organ Symphony). Born in Paris, his father, died three months after his birth. He was raised by his mother and his aunt. Aunt Charlotte introduced Saint-Saëns to the piano and began giving him lessons on the instrument. Saint-Saëns also had perfect pitch, which was discovered at a very early age. His first composition, a short piece for the piano was written when he was only four years of age. Saint-Saëns' precocity was not limited to music; he learned to read and write by the age of three and had mostly mastered Latin by the age of seven. His first public concert appearance occurred when he was five years old. In the late 1840s, Saint-Saëns entered the Conservatoire de Paris, where he studied organ and composition. At the age of sixteen, Saint-Saëns wrote his first symphony; which when first performed in 1853 astonished many critics and fellow composers alike, including Hector Berlioz, who had by then became a good friend. For income, Saint-Saëns played the organ at various churches in Paris. Saint-Saëns was a multi-faceted intellectual, he studied geology, archaeology, botany, and was an expert at mathematics. In addition to composing, performing, and writing musical criticism, he held discussions with Europe's finest scientists and wrote scholarly articles on acoustics, occult sciences, Roman theatre decoration and ancient instruments. In 1886 Saint-Saëns wrote two of his most renowned compositions: The Carnival of the Animals and Symphony No. 3, dedicated to Franz Liszt, who had died that same year. Saint-Saëns died of pneumonia on 16 December 1921 in Algiers. His body was repatriated to Paris, honoured by state funeral and interred at Montparnasse in Paris. As a composer, Saint-Saëns was often criticized for his refusal to embrace romanticism and was considered old-fashioned in later life. Despite this he actually explored many new forms and reinvigorated some older ones. His compositional approach was inspired by French classicism, which makes him an important forerunner of the neoclassicism of Ravel and others. In performance, Saint-Saëns is said to have been "unequalled on the organ".

Symphony No. 3 inC minor,Op.78, was completed in 1886at the artistic zenith of Saint-Saëns’ career. It is popularly known as the Organ Symphony, even though it is not a true symphony for organ, but an orchestral symphony where two sections out of four use the pipe organ. Of the work Saint-Saëns said "I gave everything to it I was able to give. What I have here accomplished, I will never achieve again." The composer seemed to know it would be his last attempt at the symphonic form, and he wrote the work almost as a type of "history" of his own career: virtuoso piano passages, brilliant orchestral writing characteristic of the Romantic period, and the sound of a cathedral-sized pipe organ. The symphony was commissioned by the Royal Philharmonic Society and the first performance was given in London on 19 May 1886, at St James's Hall, conducted by the composer. One of the most original features of the piece is the ingenious use of the piano, scored for both two and four hands at various places within the work. The main theme of the Maestoso was later adapted and used in the 1977 pop-song "If I Had Words" by Scott Fitzgerald and Yvonne Keeley and also plays in the France pavilion at the Epcot Walt Disney World Resort. This song was used as the main theme in the 1995 family film Babe. The main tune of the symphony also serves as the national anthem of the micro nation of the Empire of Atlantium under the name "Auroran Hymn". The composer Philip Sparke created a brass band test piece based on the work for Fourth Section bands for the National Brass Band Championships of Great Britain in 2010. 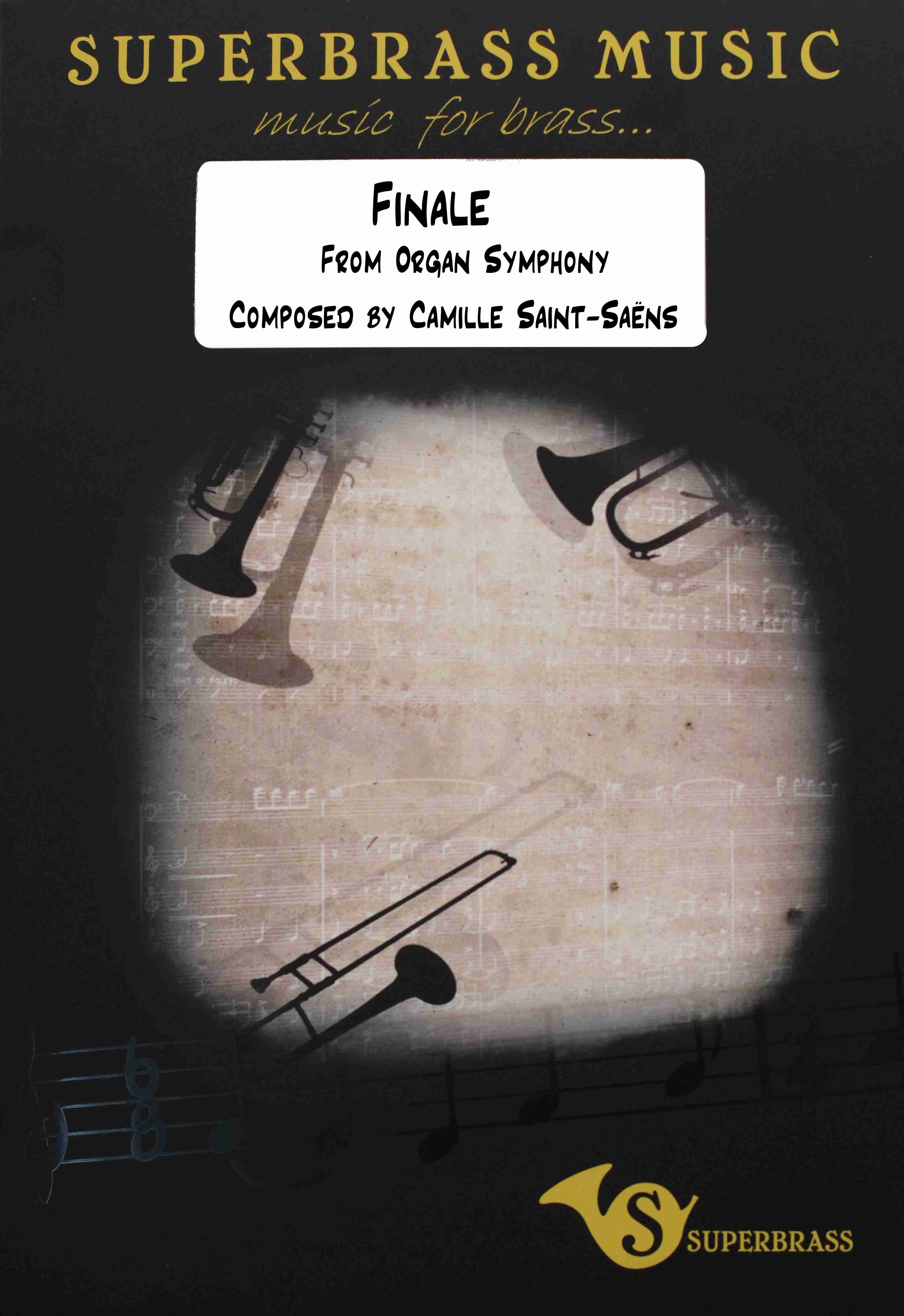 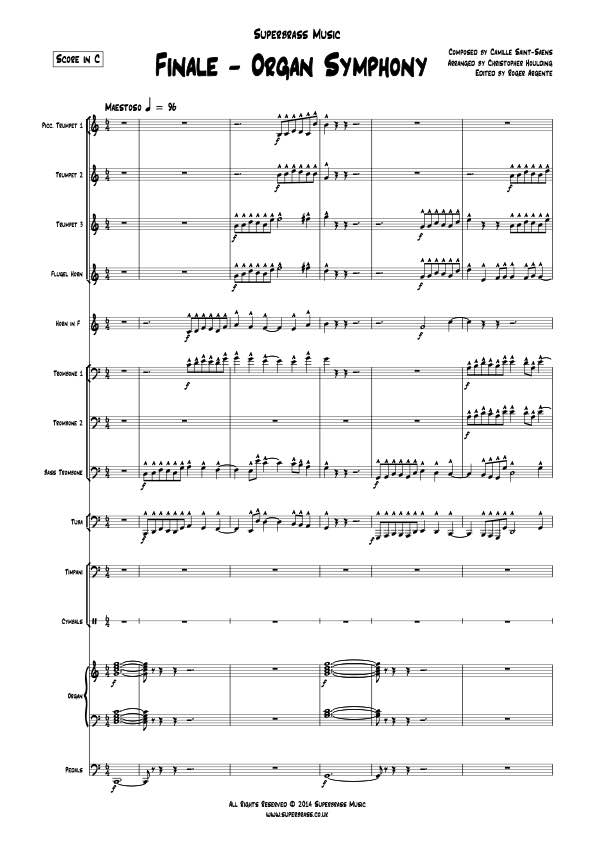 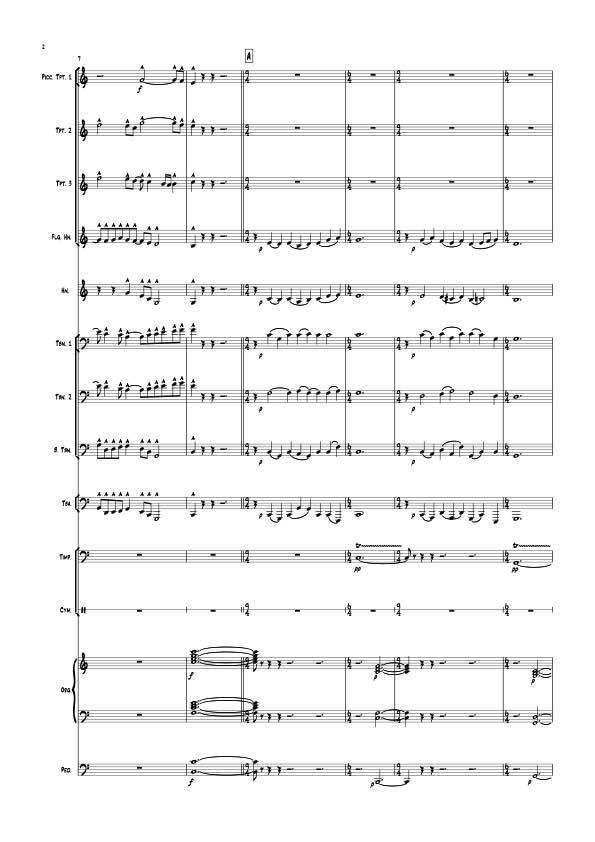 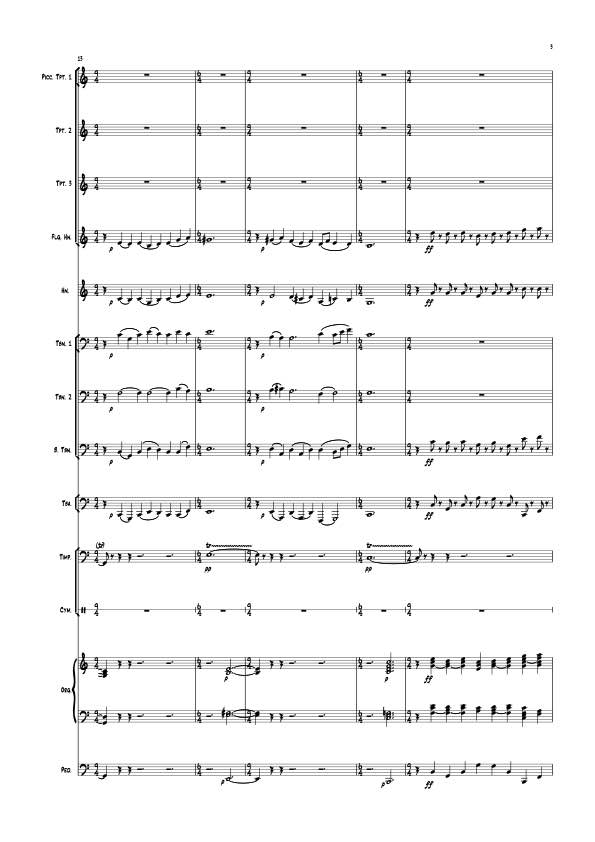