By
Traditional
Arranged
Tom Barton
Sheet Music Plus
Price
£ 25.00
This product is out of stock.
Product is not available in this quantity.
AudioVideoListenDescription Share

The quintessential most English of English classical music concerts and the self-styled world's largest and most democratic musical festival". The “Proms”, originally known as The Henry Wood Promenade Concerts are an eight-week summer season of daily orchestral classical music concerts and other events held annually, predominantly in the Royal Albert Hall in London. Founded in 1895, each season now consists of more than 70 concerts in the Albert Hall, a series of chamber concerts at Cadogan Hall, additional Proms in the Park events across the United Kingdom on the last night, and associated educational and children's events. Often held as outdoor concerts in London's pleasure gardens, where the audience was free to stroll around while the orchestra was playing, this tradition has once again been revived in parks and stately homes not only in the UK, but across the world. The first series of promenade concerts were held indoors at the Queen's Hall in Langham Place. The idea was to encourage an audience for concert hall music who, though not normally attending classical concerts, would be attracted by the low-ticket prices and more informal atmosphere. In addition to “promenading” or “promming”; eating, drinking and smoking was all allowed. Many people's perception of the “Proms” is taken from the “Last Night”, although this concert is very different from the others. The concert is traditionally of a lighter vein, with popular classics being followed by a series of British patriotic pieces in the second half of the concert. This second half sequence traditionally includes most of the works included in this medley. Many in the audience use the occasion for an exuberant display of Britishness. Union Jack Flags are carried and waved by the “Prommers”, especially during "Rule, Britannia!". Balloons and party poppers are also in abundance.

"Rule Britannia" is a British patriotic song, originating from the poem "Rule, Britannia" by James Thomson which was set to music in 1740 by Thomas Arne. Strongly associated with the Royal Navy, it was originally included in “Alfred, a masque” about Alfred the Great co-written by Thomson to commemorate the accession of George II.

Thomas Arne (1710-1778) was an English composer, best known for this song. He also wrote a version of “God Save the King”, which became the British national anthem, and the song “A-Hunting We Will Go”. During the 18th century Arne was the leading British theatre composer, working mainly in Drury Lane and Covent Garden.

"The Saucy Arethusa" from “Fantasia on British Sea Songs” arranged by Henry Wood is a nautical song thought to have been first performed at the Theatre Royal, Covent Garden in 1796 as part of a comic opera called “The Lock and Key”. The Arethusa of the title is a frigate of the Royal Navy, named HMS Arethusa, which was captured from the French Navy in 1759. The song heralds a successful engagement in 1778 in the English Channel between the “Arethusa” and a French frigate.

The "Sailor's Hornpipe" or "Jack's the Lad" is a tune that Samuel Pepys referred to in his diary as "The Jig of the Ship" and to which Captain Cook, is noted to have regularly ordered his men to dance to in order to keep them in good health. The music then would have been played on a tin whistle, a fiddle or the squeezebox or a combination of all three. The dance that accompanies the music imitates the life of a sailor and his duties aboard ship (for example hauling of ropes, rowing, climbing the rigging and saluting). It is thought that tune may have been written on Tyneside circa 1770. During the annual “Last Night of the Proms” in London, the audience brings foghorns and blows them in accompaniment to the music, creating a loud, frantic finale as the music reaches its fastest speed. Groucho Marx can be seen doing this dance to this number in the film, “Duck Soup”. The tune is also used in the animated 1930’s “Popeye” cartoons and in Mike Oldfield's 1973 debut album “Tubular Bells”.

Englishman Sir Edward William Elgar, (1857-1934) whose best-known compositions are orchestral works are Enigma Variations, the Pomp and Circumstance Marches, Concertos for violin and cello, and two symphonies. Appointed Master of the King's Musick in 1924, Elgar is often regarded as perhaps the most typical of English composers and was self-taught, but most of his musical influences were not from England but from continental Europe. He was regarded with suspicion in some quarters and in the class-conscious society of Victorian and Edwardian Britain, he was acutely sensitive about his humble origins. Importantly Elgar has been described as the first composer to take the gramophone seriously and conducted a series of acoustic recordings of his works between 1914 and 1925. After the invention and introduction of the microphone it now made it far easier to make more accurate sound reproduction possible.

Sir Charles Hubert Hastings Parry (1848-1918) was an English composer, teacher and historian of music. As a composer he is best known for "Jerusalem", the coronation anthem "I was glad" and the orchestral and choral ode “Blest Pair of Sirens”, his orchestral works include five symphonies and a set of Symphonic Variations.

Parry was taken up by George Grove, first as a contributor to Grove's massive Dictionary of Music and Musicians in the 1870s and 80s, and then in 1883 as professor of composition and musical history at the Royal College of Music, of which Grove was the first head. In 1895 Parry succeeded Grove as head of the College, remaining in the post for the rest of his life. Parry's influence on later composers is widely recognised. Edward Elgar learned much of his craft from Parry's articles in Grove's Dictionary, and among those who studied under Parry at the Royal College were Ralph Vaughan Williams, Gustav Holst, Frank Bridge and John Ireland.

The “can-can” is a high-energy and physically demanding music hall dance, traditionally performed by a chorus line of female dancers who wear costumes with long skirts, petticoats, and black stockings. The main features of the dance are the lifting and manipulation of the skirts, with high kicking and suggestive, provocative body movements. It first appeared in the working-class ballrooms of Montparnasse in Paris in around 1830. The dance did cause something of a scandal, and for a while, there were attempts to repress it. Occasionally people dancing the can-can were arrested but it was never officially banned. Jacques Offenbach (1819-1880) was a German-born French composer and impresario of the romantic period. He is best remembered for nearly 100 operettas of the 1850s–1870s and his uncompleted opera “The Tales of Hoffmann”. He was a powerful influence on later composers of the operetta genre, particularly Johann Straus, Jr. and Arthur Sullivan. 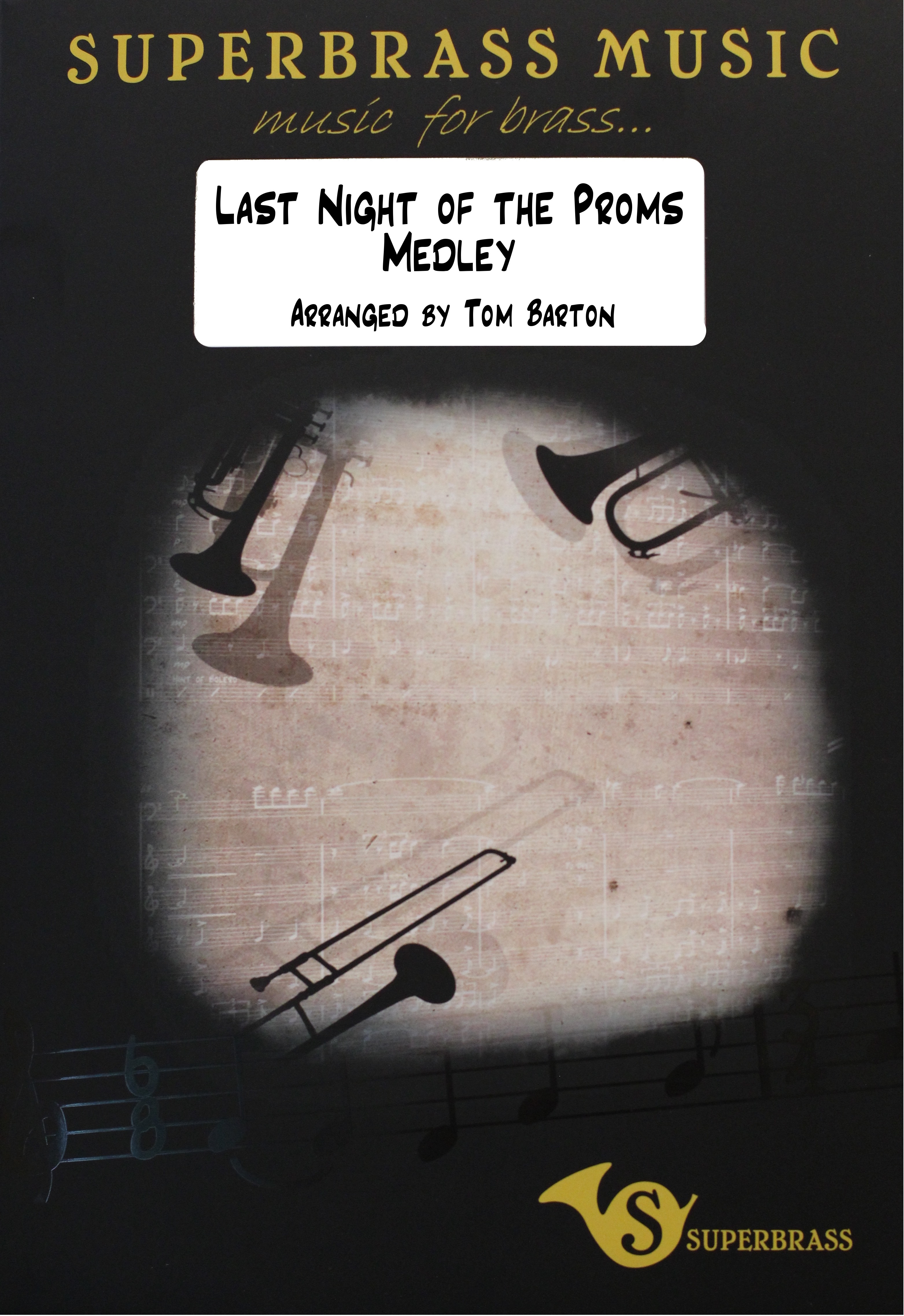 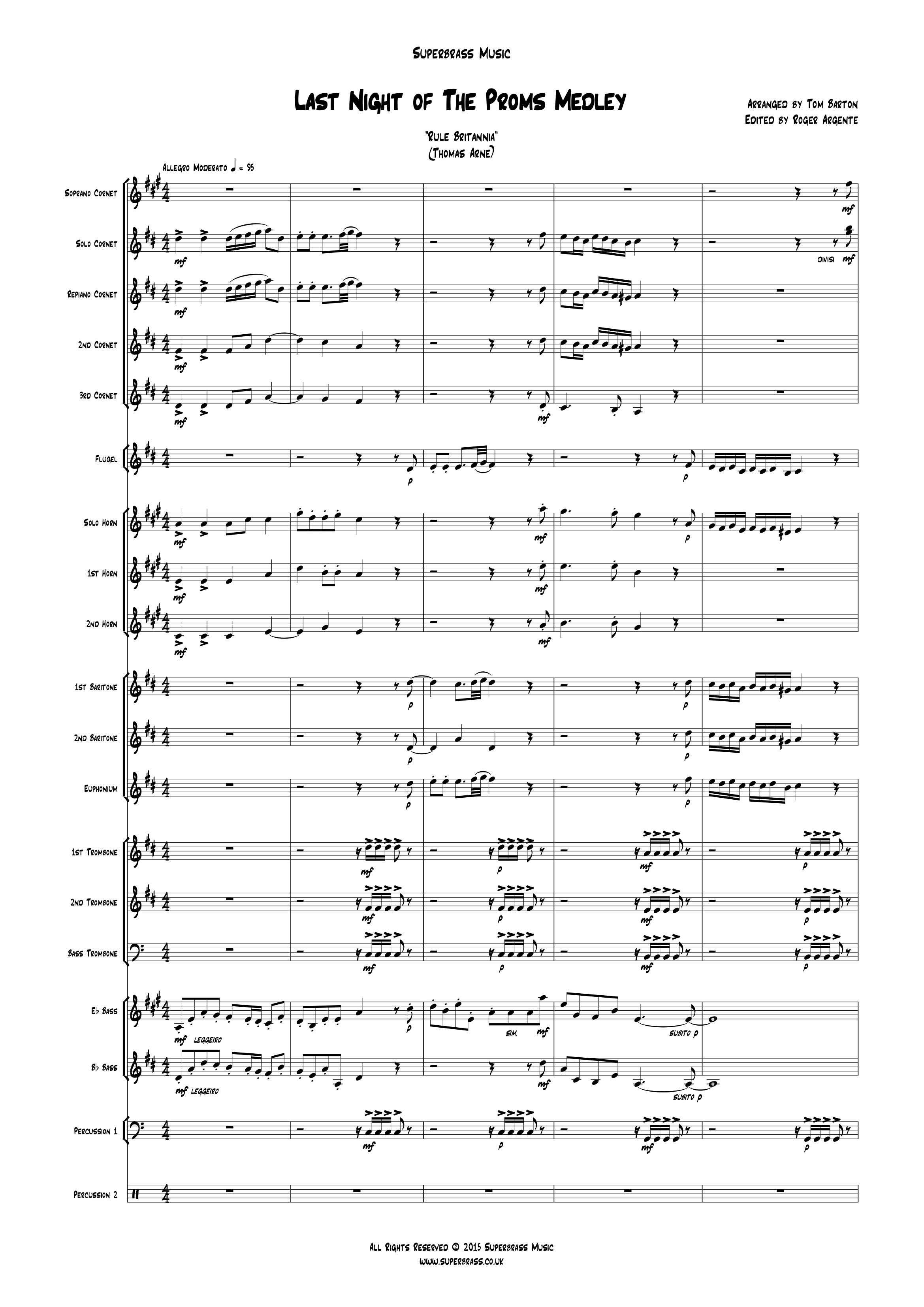 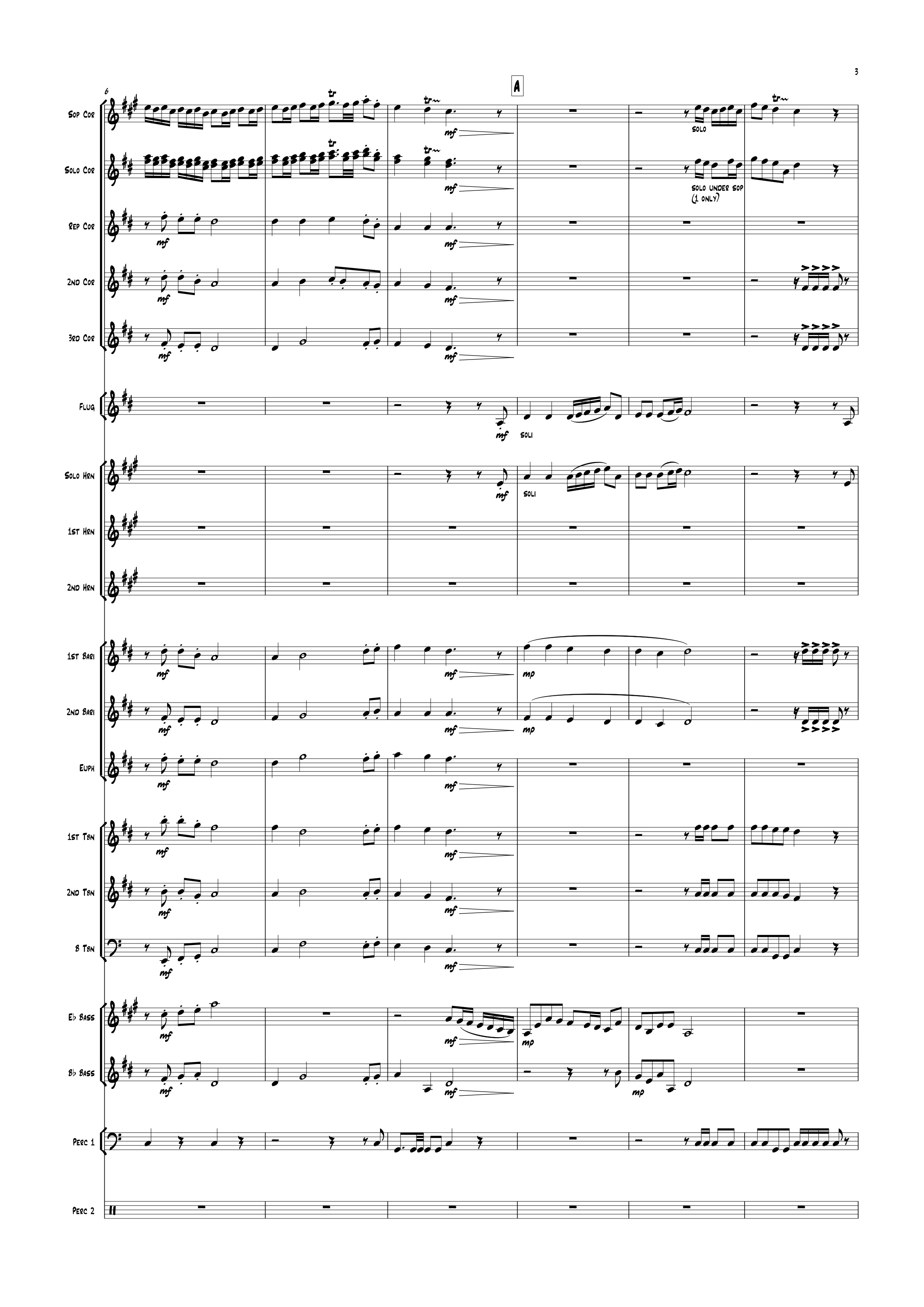 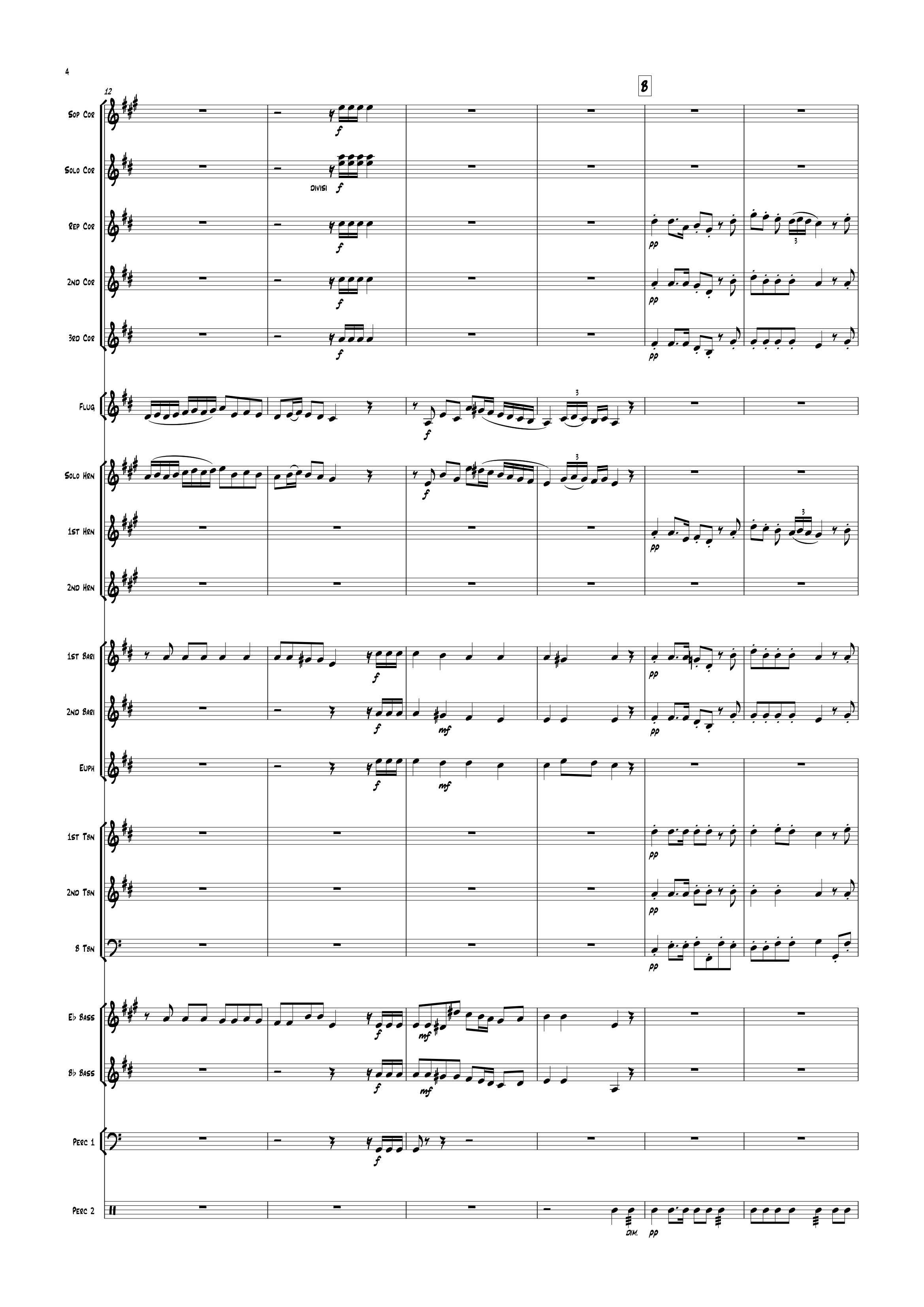