By
Tom Watson
Arranged
Sheet Music Plus
Price
£ 14.00
This product is out of stock.
Product is not available in this quantity.
AudioVideoListenDescription Share

The O.B.1. Fanfare was written for the Harper Ensemble, a brass ensemble comprising of Tom Watson's contemporaries from his time at the Royal Academy of Music.

Tom Watson was born into a musical family in Hertfordshire, England and showed a flare for playing the trumpet from the age of just 4. Taught by his father James Watson, the prolific international soloist, conductor, educator and session trumpeter, Tom studied at the Royal Academy of Music, where he gained a first class honours degree. Whilst still at college, Tom embarked on a varied professional freelance-playing career and was guest principal trumpet with the Mahler Chamber Orchestra performing under Claudio Abbado, Daniel Harding, and Sir Neville Marriner. Tom can be regularly found performing and recording with the London Symphony Orchestra, The BBC National Orchestra of Wales and many of the UK's finest orchestras. Commercially, Tom has played in sessions or concerts for artists such as Sir Elton John, Sir Paul McCartney, Sir Tom Jones, Dame Shirley Bassey, Ozzy Osbourne, Phil Collins, Eric Clapton, Joe Cocker, Jarvis Cocker, Pete Doherty, Nick Cave, Karl Jenkins and Victoria Wood. Some of his film session work has included recording the scores for Brave, Eragon and Stormbreaker. Tom also works as a musical director, arranging and conducting various projects such as Tony Christie's album Made in Sheffield and for renowned harpist Catrin Finch. Tom also runs his own independent recording and production company Pro Audio, part of Prozone Music, which Tom owns and runs alongside his brother William. The O.B.1. Fanfare was written for the Harper Ensemble, a brass ensemble comprising of Tom's contemporaries from his time at the Royal Academy of Music. It was written for the Leicester Square UK premiere of the film "Ali" starring Will Smith. Composed as a salute to Hollywood and the big screen, this fine pastiche of film scoring is an ideal fanfare and concert opener. 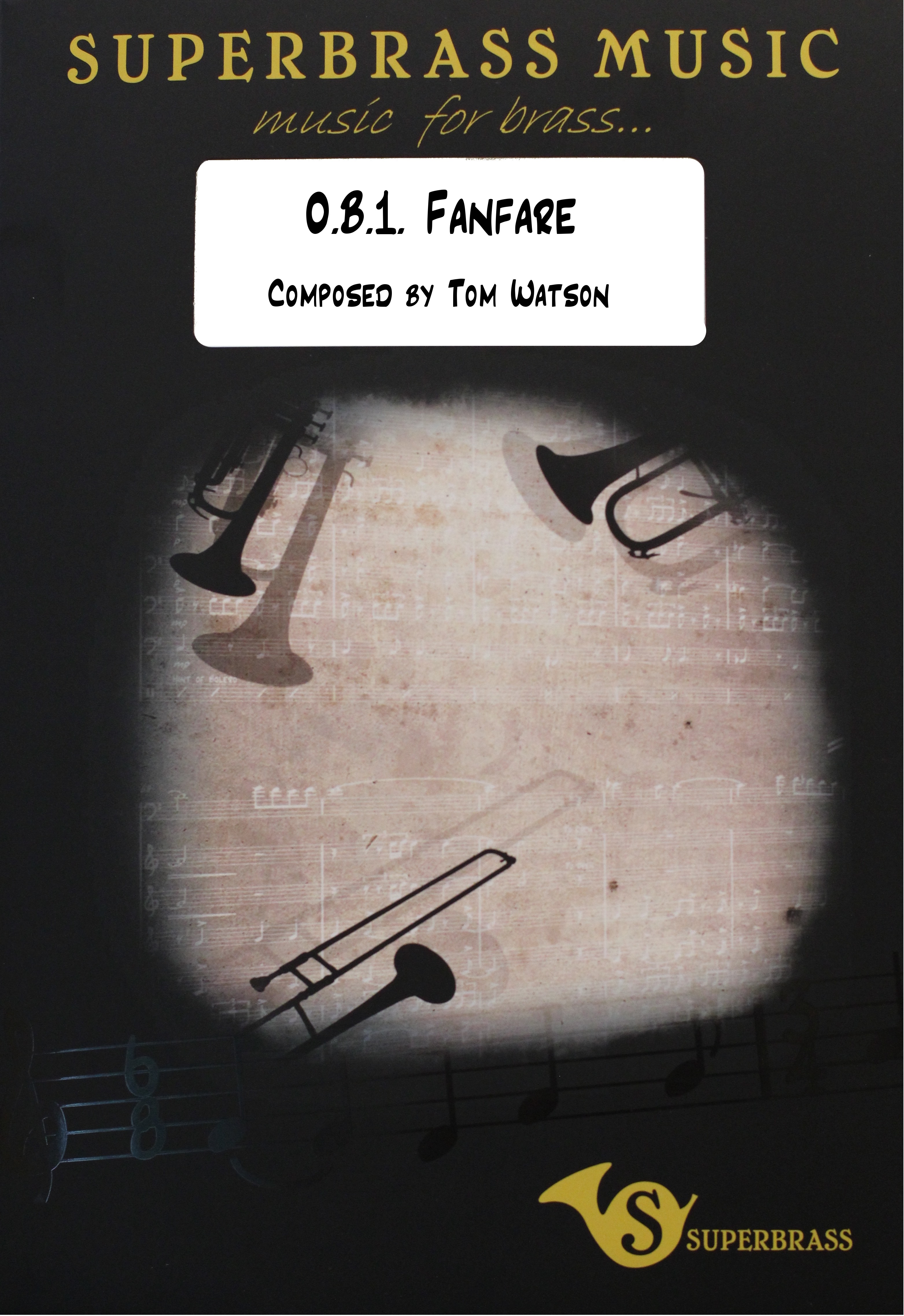 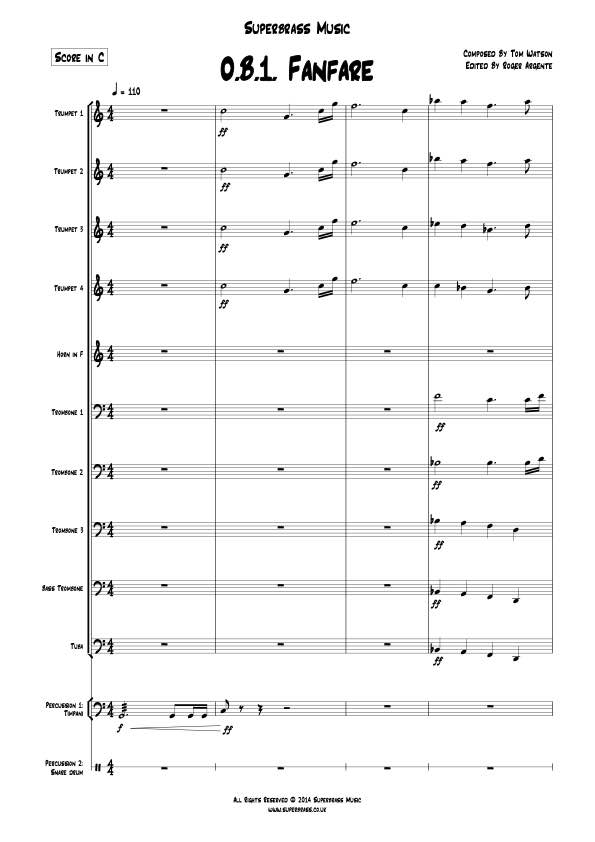 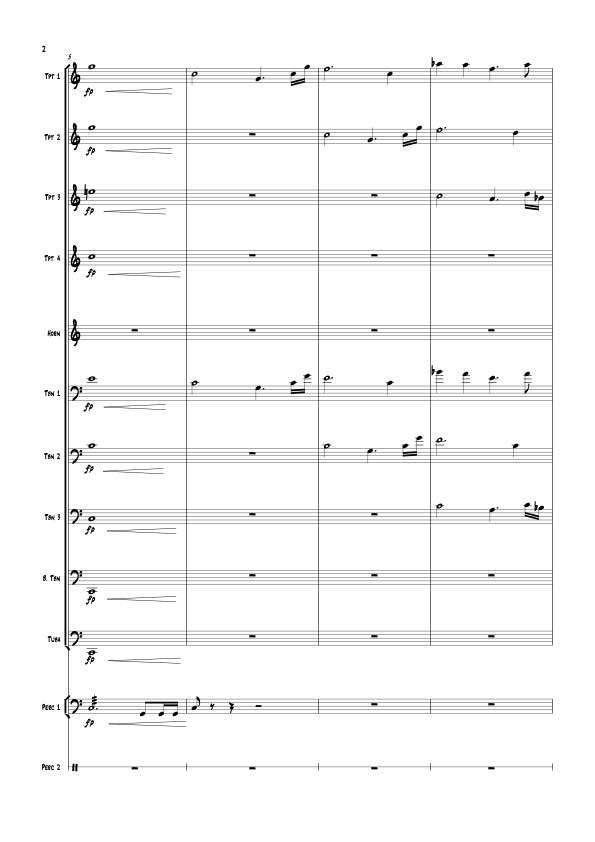 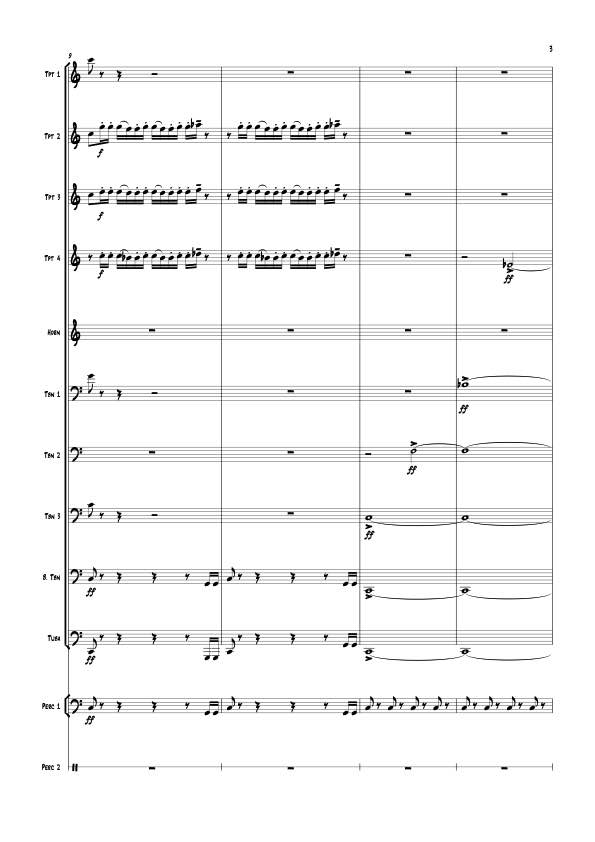