Composed for Wind Orchestra and 4-part choir with the greatest respect for the underlying meaning of this passionate poetry. This is musical setting of the Louis MacNiece poem of the same name. The poem was written during the Second World War, at a time of great turmoil and still relevant today, reflecting the emotional ups and downs of the text. The dramatic monologue takes the reader into the womb of an anonymous mother and written for her child that is not yet born, expressing the fears for the future and is an open attack on modern civilisation. 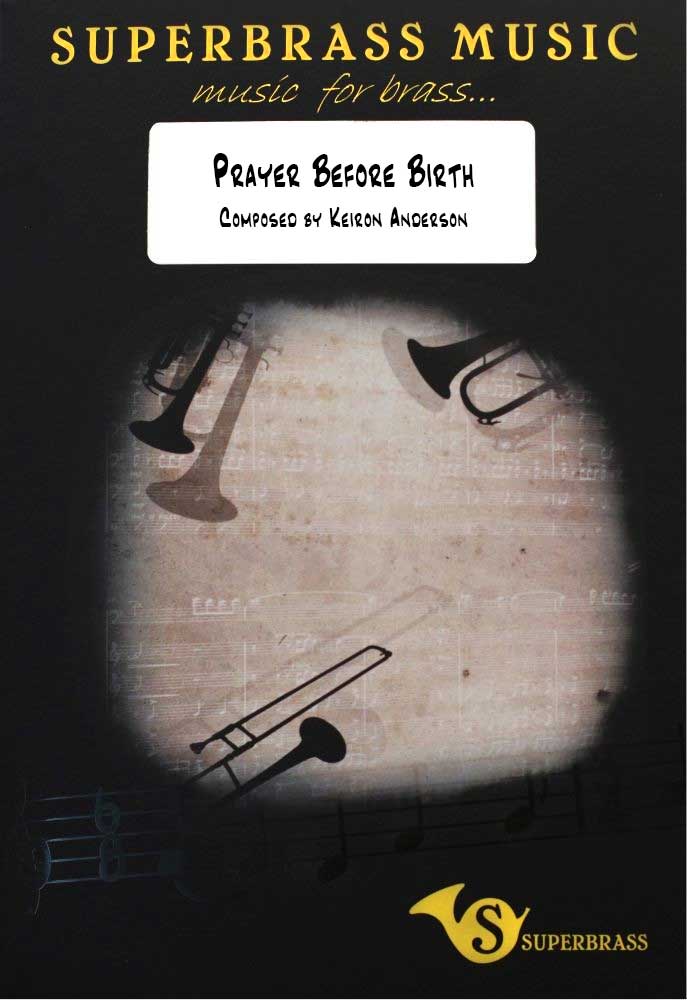 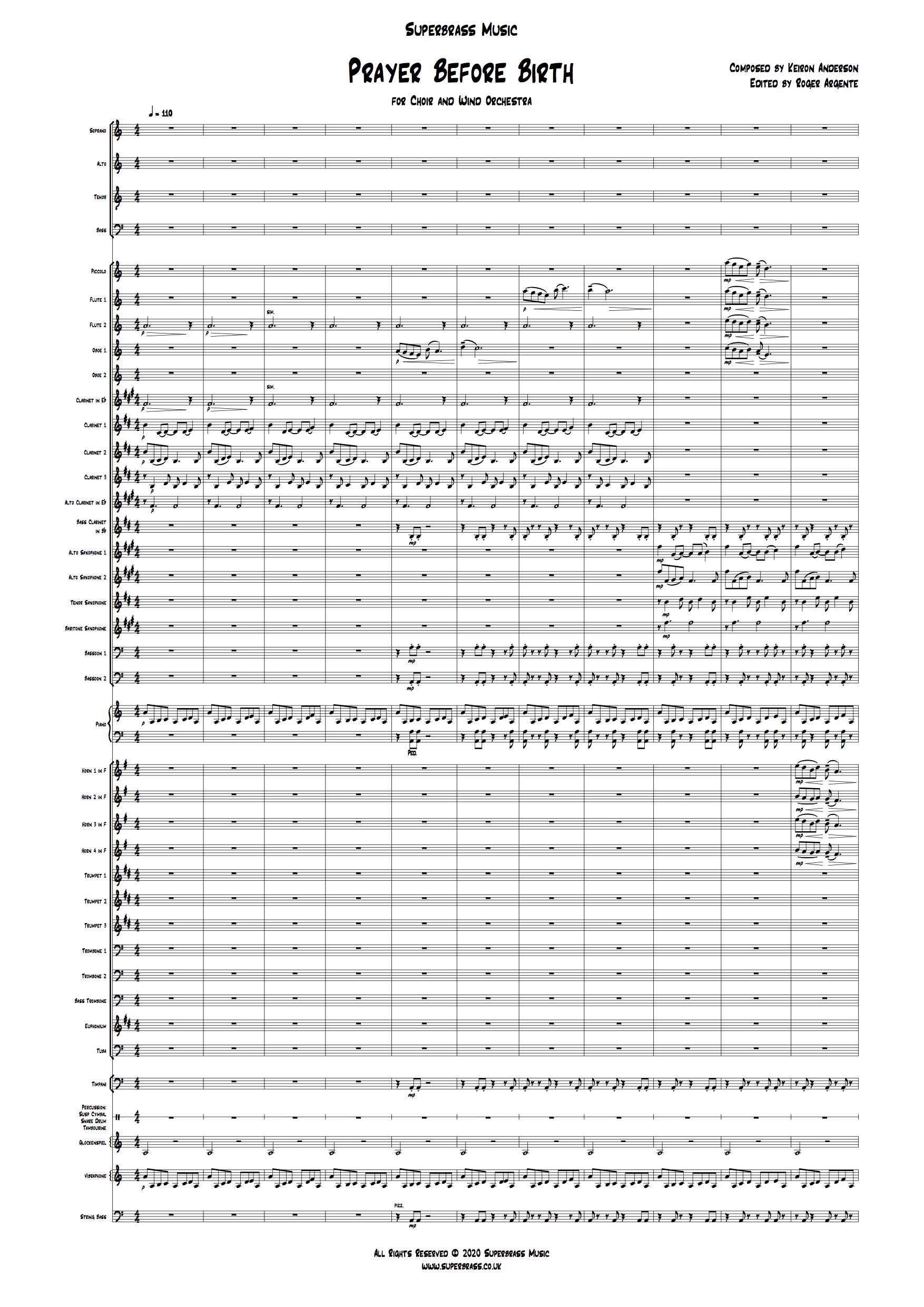 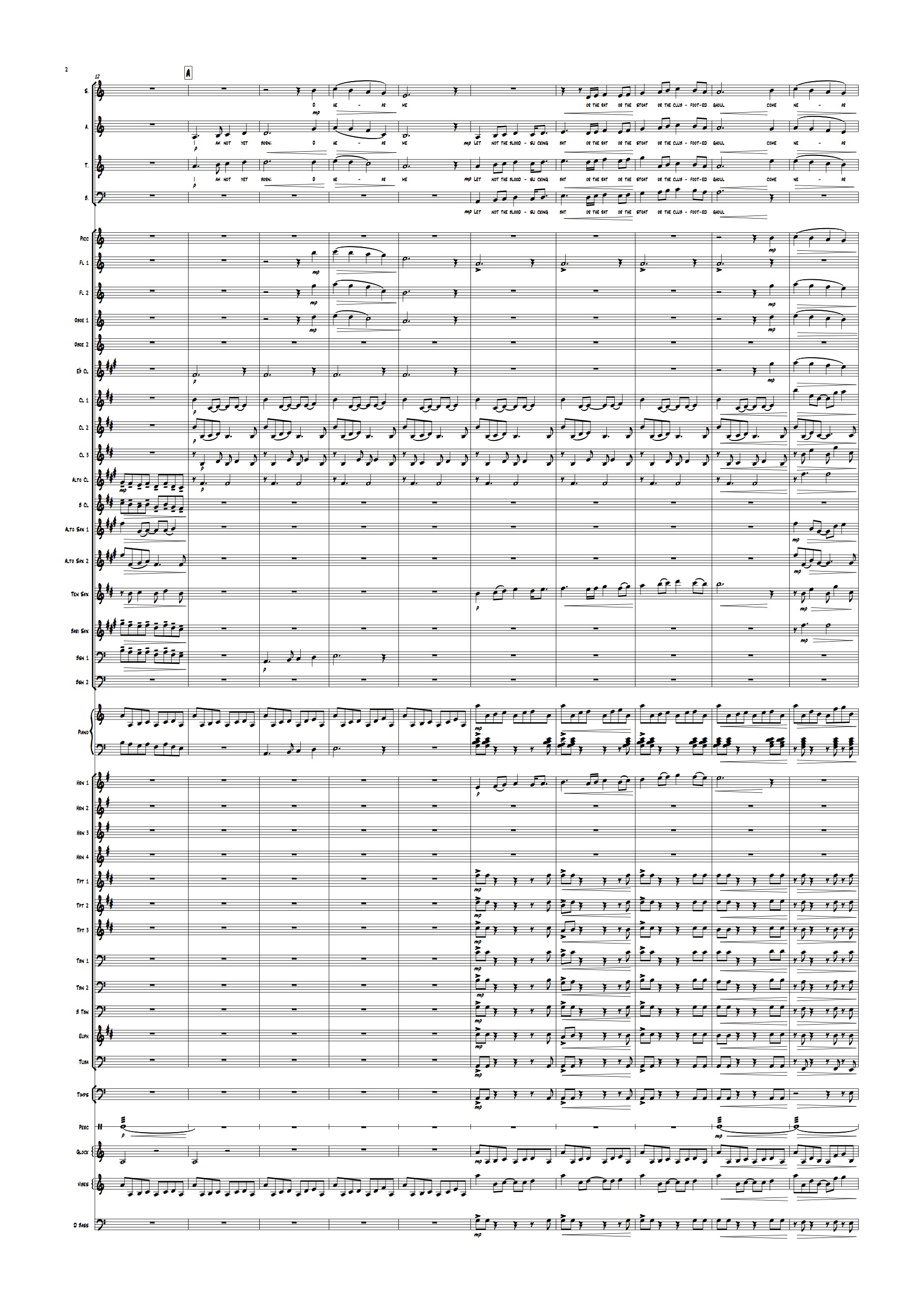 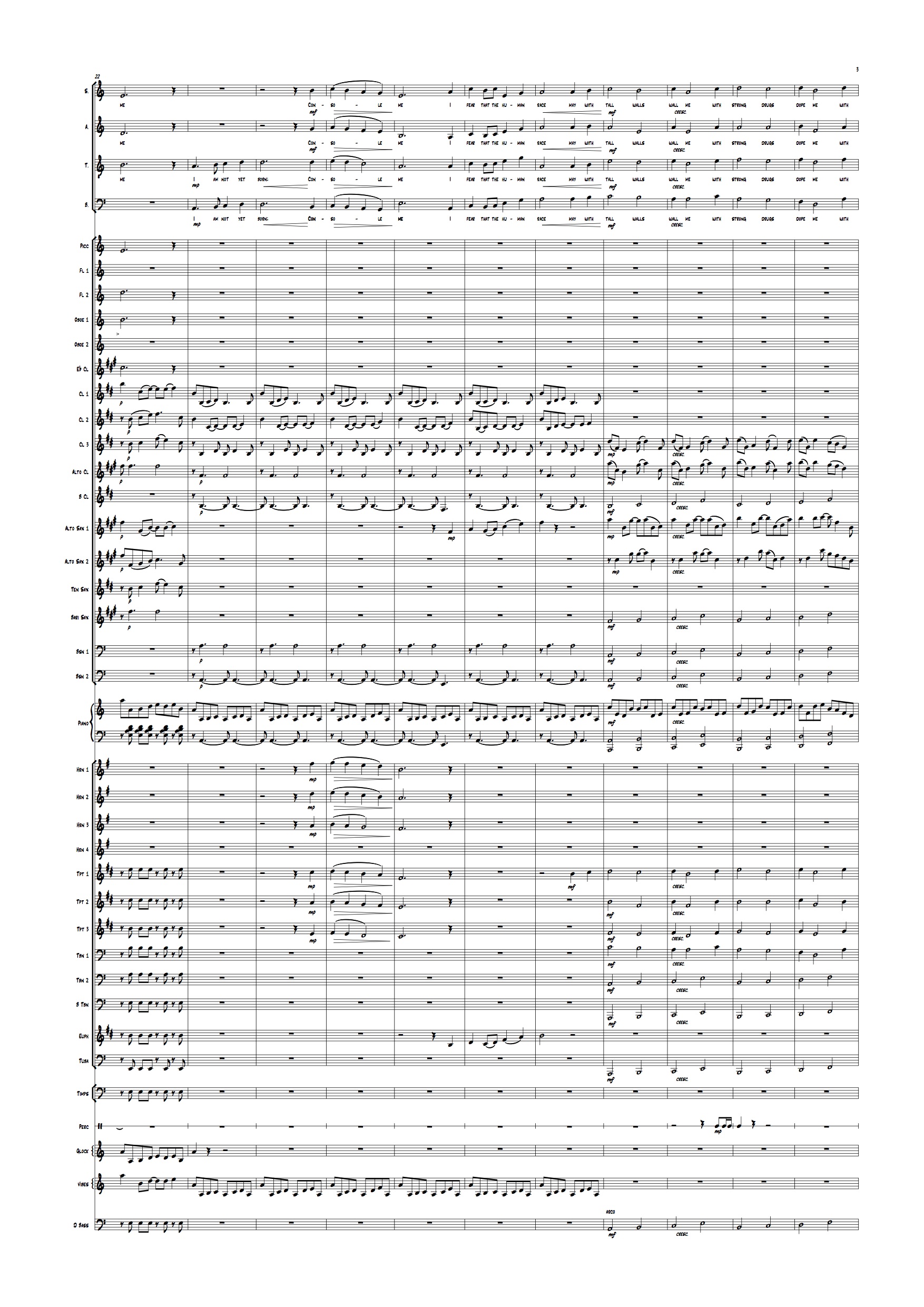