Composed by
Girolamo Frescobaldi
Arranged by
Jock McKenzie
Sheet Music Direct
Price
£ 11.00
This product is out of stock.
Product is not available in this quantity.
AudioVideoListenDescription Share

A Canzone or Canzona is an Italian or Provençal song or ballad. An important Italian instrumental form of the late 16th and early 17th century, it is also used to describe a type of lyric, which resembles a madrigal. Sometimes a composition, which is simple and songlike, is designated as a Canzone, it literally translates as "song" in Italian.

Girolamo Alessandro Frescobaldi (1583–1643) was a musician from Ferrara in Italy, one of the most important composers of keyboard music in the late Renaissance and early Baroque periods. Frescobaldi was appointed organist of St. Peter's Basilica, from 1608 until 1628 and again from 1634 until his death. Frescobaldi's collections contain some of the most influential music of the 17th century. His work influenced Johann Sebastian Bach, Henry Purcell, and countless other major composers. Pieces from his celebrated collection of liturgical organ music, Fiori Musicali (1635), were used as models of strict counterpoint as late as the 19th century. Contemporary accounts describe Frescobaldi as a child prodigy; he quickly gained prominence as a performer and patronage of important noblemen. Composers who visited Ferrara during the period included numerous important masters such as Claudio Monteverdi, John Dowland and Orlando de Lassus. Contemporary critics acknowledged Frescobaldi as the single greatest influence of keyboard music of his time, both as a player and composer. Frescobaldi’s music did not lose direct influence until the 1660s, and his works held influence over the development of keyboard music over a century after his death. The composer's other works include collections of canzonas, fantasias, capriccios and other keyboard works. Frescobaldi was the first of the great composers of the ancient Franco-Dutch-Italian tradition who chose to focus his creative energy on instrumental composition and brought a wide range of emotion to the relatively unplumbed depths of instrumental music.

A Canzone or Canzona is an Italian or Provençal song or ballad. An important Italian instrumental form of the late 16th and early 17th century, it is also used to describe a type of lyric, which resembles a madrigal. Sometimes a composition, which is simple and songlike, is designated as a Canzone, it literally translates as "song" in Italian. In this arrangement the work has been written for two antiphonal brass choirs. To help give a sense of antiphony, the choirs should spread out as much as possible utilising balconies, organ lofts and stage wings. 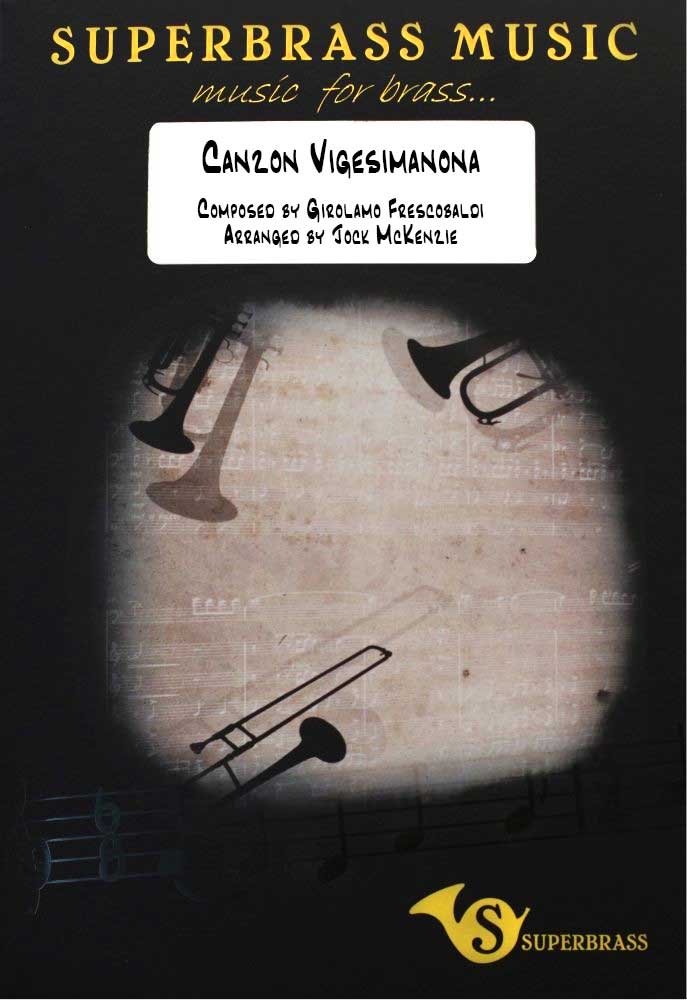 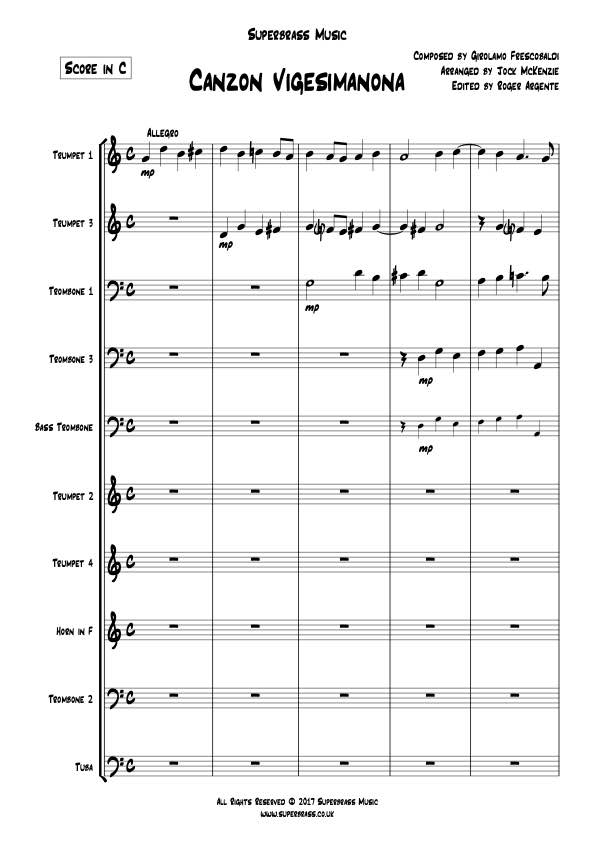 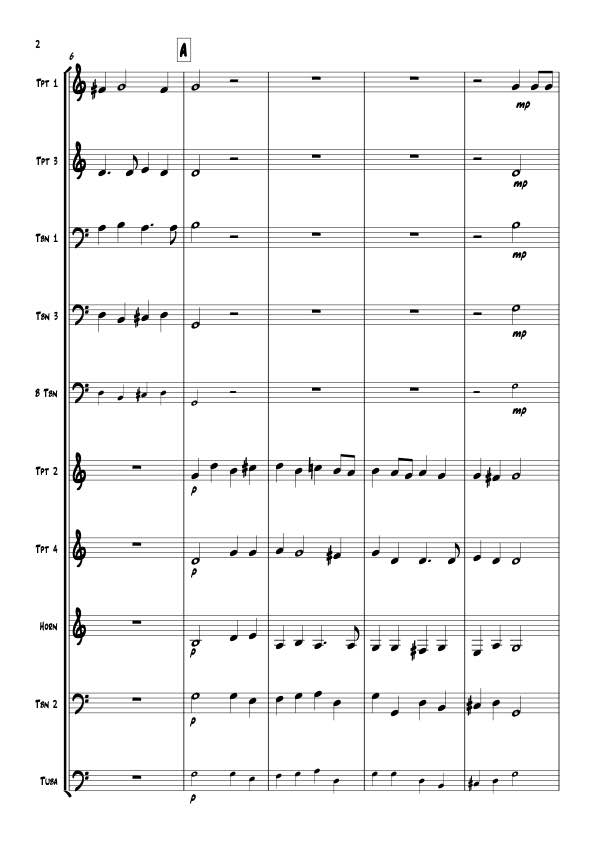 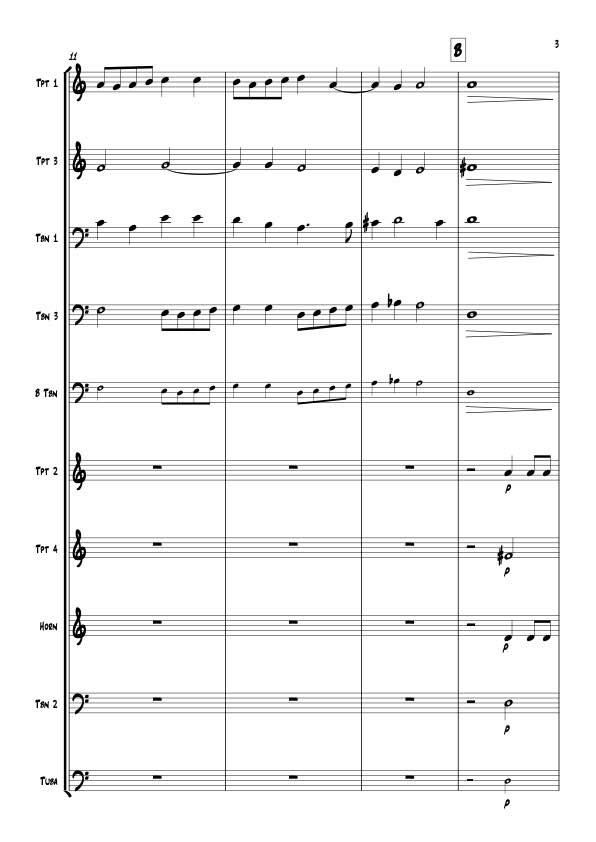