Composed by
Grant Kirkhope
Arranged by
Sheet Music Direct
Price
£ 16.50
This product is out of stock.
Product is not available in this quantity.
AudioVideoListenDescription Share

Written for Ian Bousfield and the International Trombone Festival 2017, KirkFeld is available with Brass Band, Wind Band and with Piano Accompaniment

Grant Kirkhope is a BAFTA nominated British composer who has created the soundtrack for video games that have sold in excess of 30 million copies. From “GoldenEye” to “Banjo-Kazooie”, “Viva Piñata” to “Donkey Kong”, “Kingdoms of Amalur: Reckoning” to “Civilization: Beyond Earth” and “Perfect Dark” to “Castle of Illusion starring Mickey Mouse”. He has also recently scored the feature film “The King’s Daughter” starring Pierce Brosnan and William Hurt and is currently working on “Yooka Laylee” and “Dropzone”. Grant’s score for “Viva Piñata” was nominated by BAFTA in the Original Score category in its 2007 awards. Grant is represented by the prestigious Gorfaine/Schwartz Agency by Cheryl Tiano and Kevin Korn. Grant has a degree in music from the Royal Northern College of Music, Manchester, where he majored in classical trumpet, is a green card holder and now lives in Agoura Hills, LA with his wife and two children.

“Ian and I first met when we were around 15 years old. We both played in our county orchestra, the North Yorkshire Schools Symphony Orchestra (I was a trumpet player). I think we hit it off straight away, as we were definitely a couple of cheeky kids, if you know what I mean! We both ended up playing in Rowntree Mackintosh Brass Band for a while too which Ian’s Dad, Trevor conducted. We bumped into each other again when we both went for the Shell/LSO Scholarship. I got to the area finals in Manchester so I was pretty pleased with myself but then I saw Ian and I knew it was all over! Of course Ian went on to win and the rest is history. I saw him again when I was attending the Royal Northern College of Music around 1983 by which time Ian had just got the principal chair at the Halle Orchestra. Then I guess 30 something years went by as we both went about our lives and lost touch. We re-kindled our friendship due to his wife really. She emailed me to say it was Ian’s 50th birthday and she was collecting stories from all his friends over the years. After that we got back in touch and then one day on Facebook I got a message from him in typical dry Yorkshire fashion “now then Grant, I had a listen to your music and I think it’s good, how about writing a piece for me ?” I was a little bit unsure at first but of course I loved Ian’s playing and of course I said yes. Over a Skype call in 2016, he asked me what I thought I’d write. I said since I live in LA I’d like to write a “Hollywood” trombone piece. Imagine if John Williams had written a piece for solo trombone, that’s what I’d like to write - well I’d certainly like to try” – Grant Kirkhope 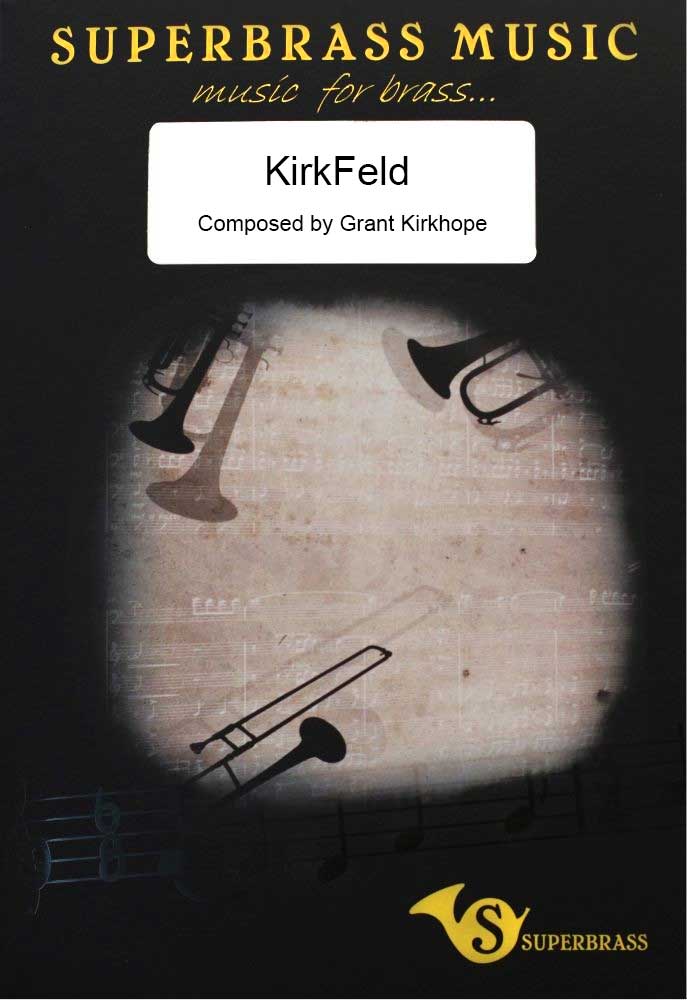 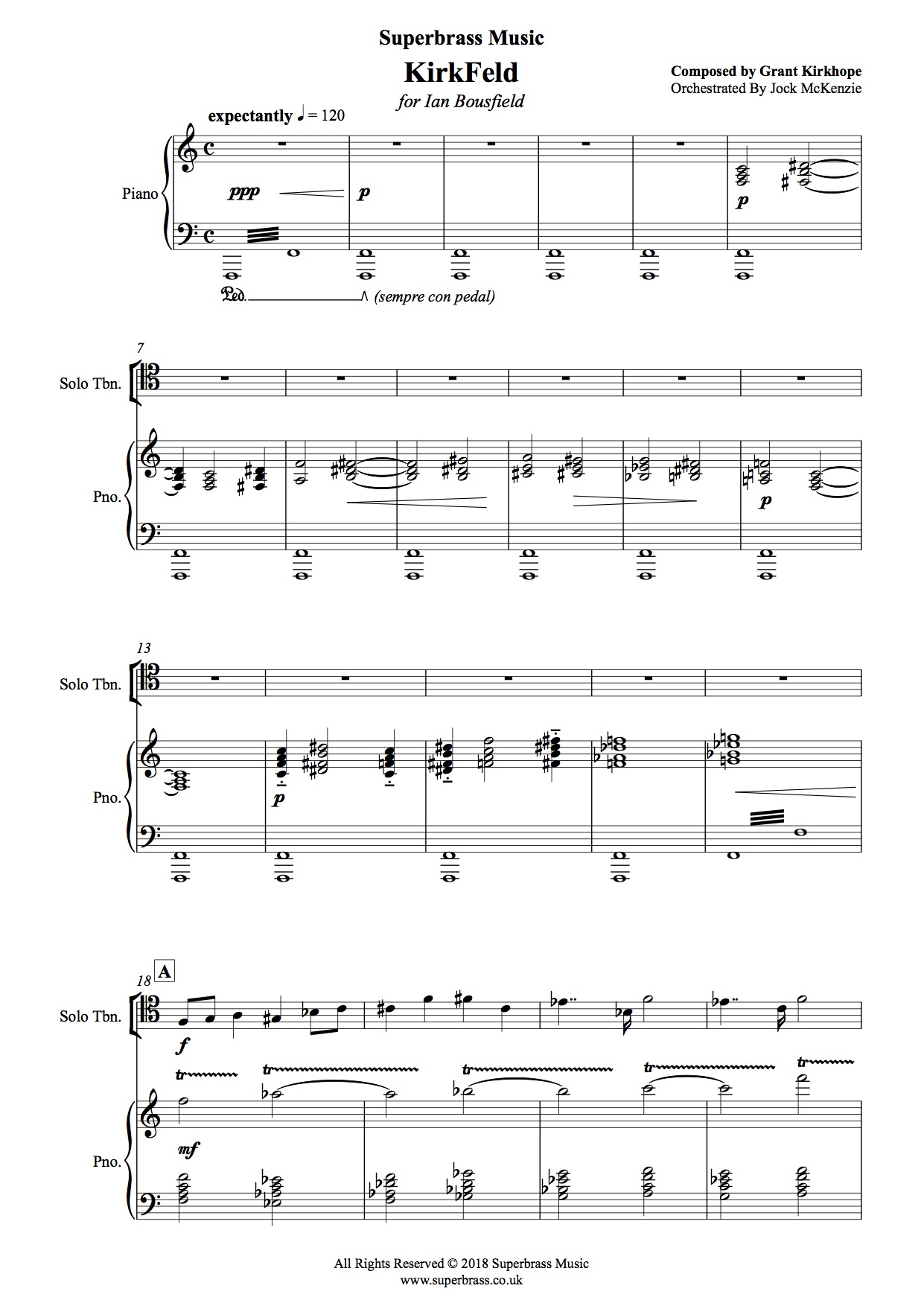 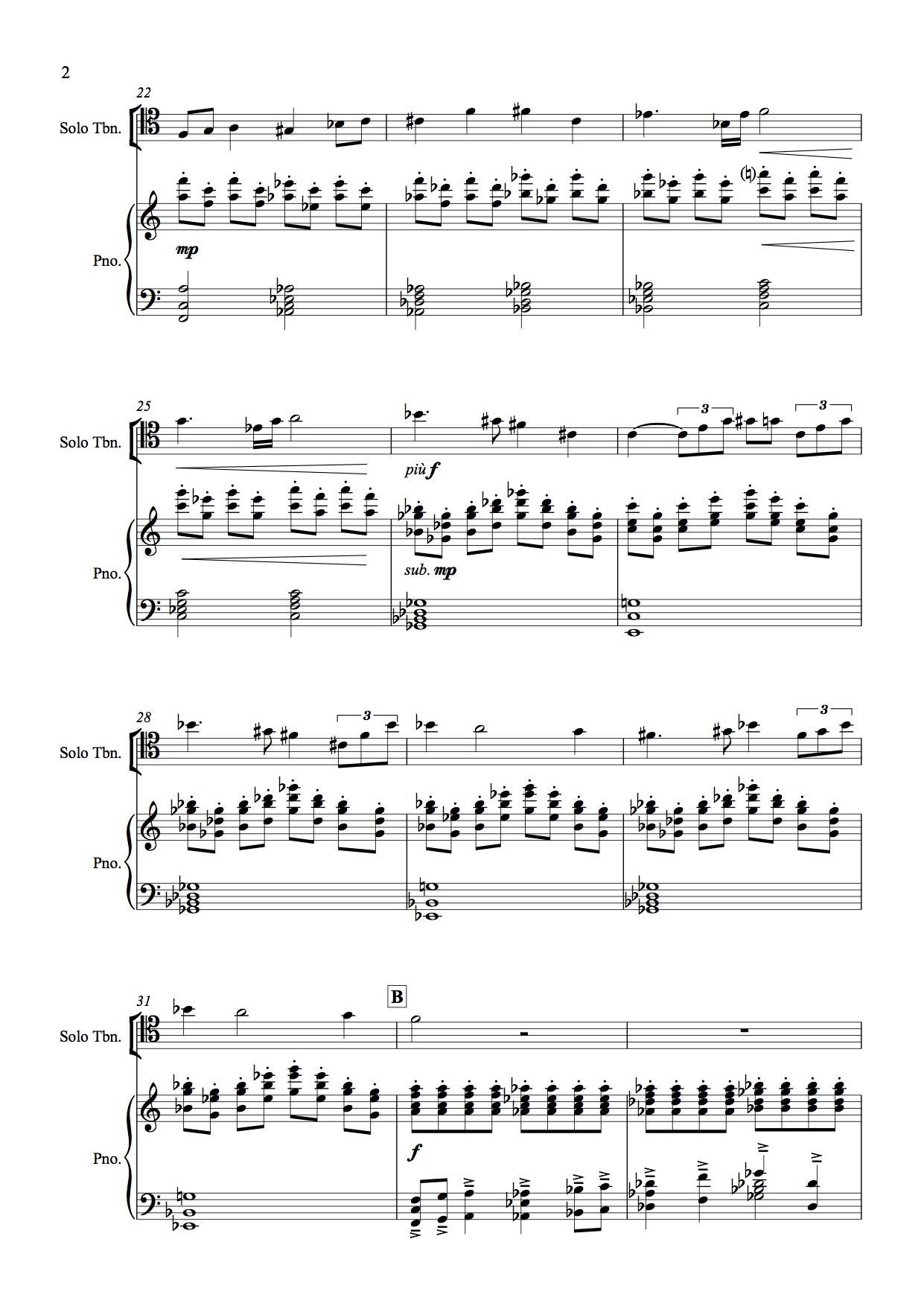 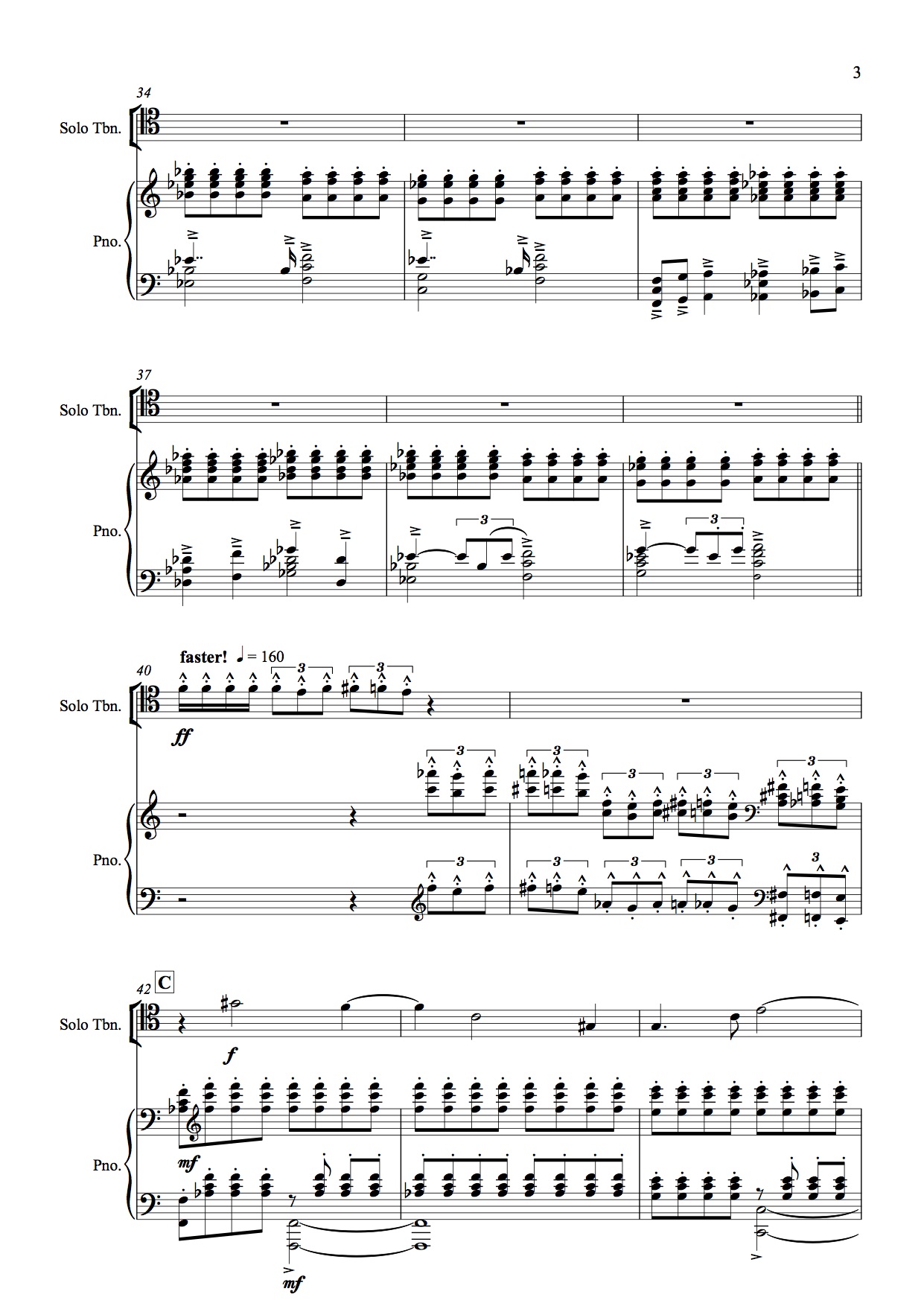