Dedicated to the Nottingham Wind Ensemble on their thirtieth anniversary

Sherwood Folk was written for the Nottingham Wind Ensemble to celebrate 30 years of music making. The piece describes a party or celebration deep in Sherwood Forest with the legendary Robin Hood, Maid Marian and the Merry Men. The word "Merry" in those days meant following an outlaw or a leader rather than the way we use it today. The music invites us into the forest with a gentle modal oboe solo which is joined by other instruments as it proceeds to the party. Various melodic episodes introduce elements of folk and dance music from the whole of the British Isles before the music concludes with a recapitulation of the opening bars. The score is written in such a way as to allow bands with fewer resources to play the piece successfully, whilst ensuring a full wind orchestra orchestration is included. 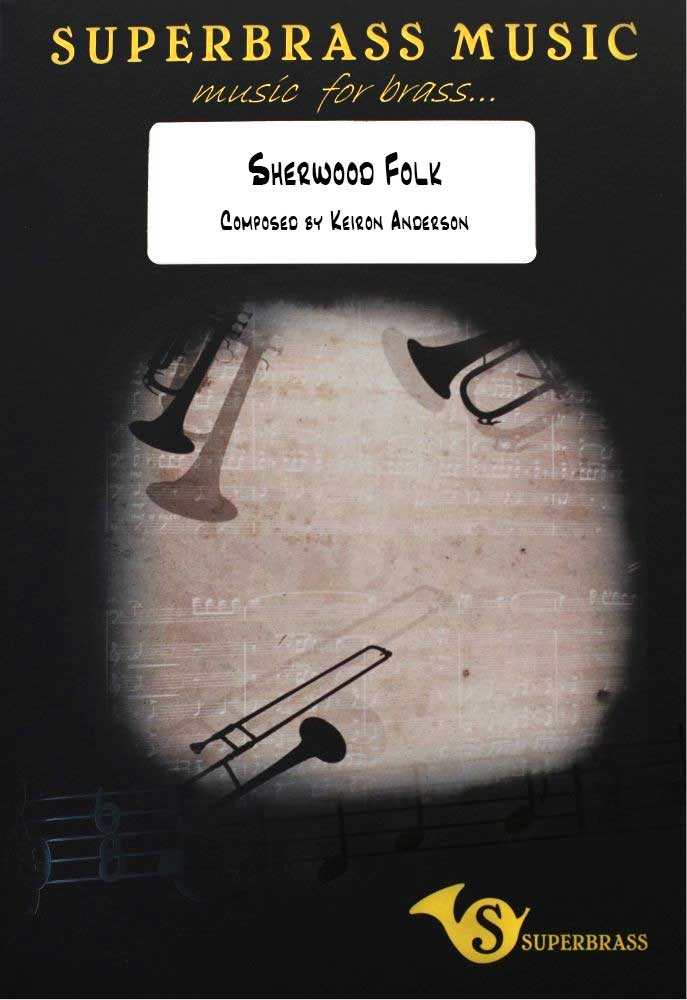 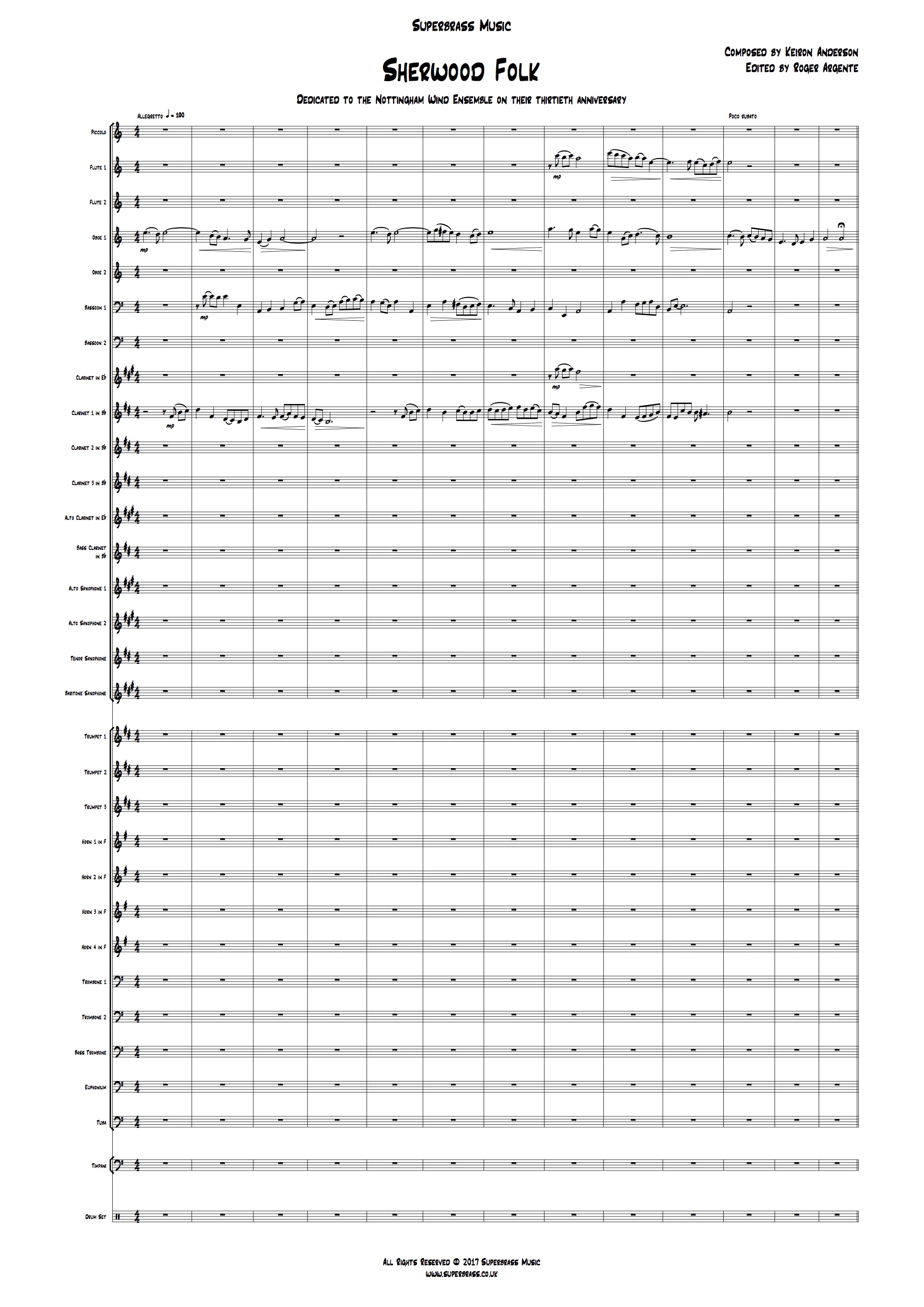 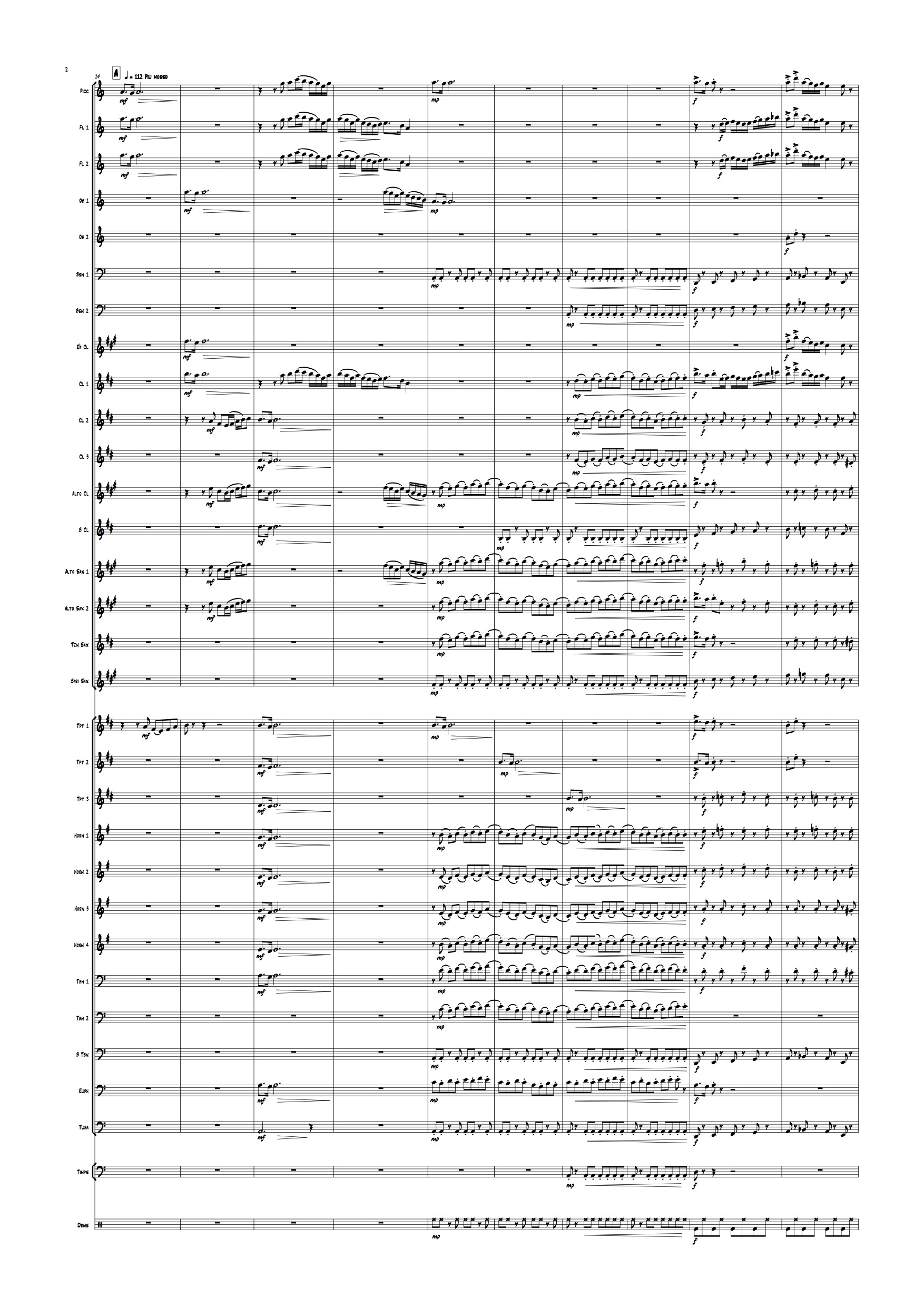 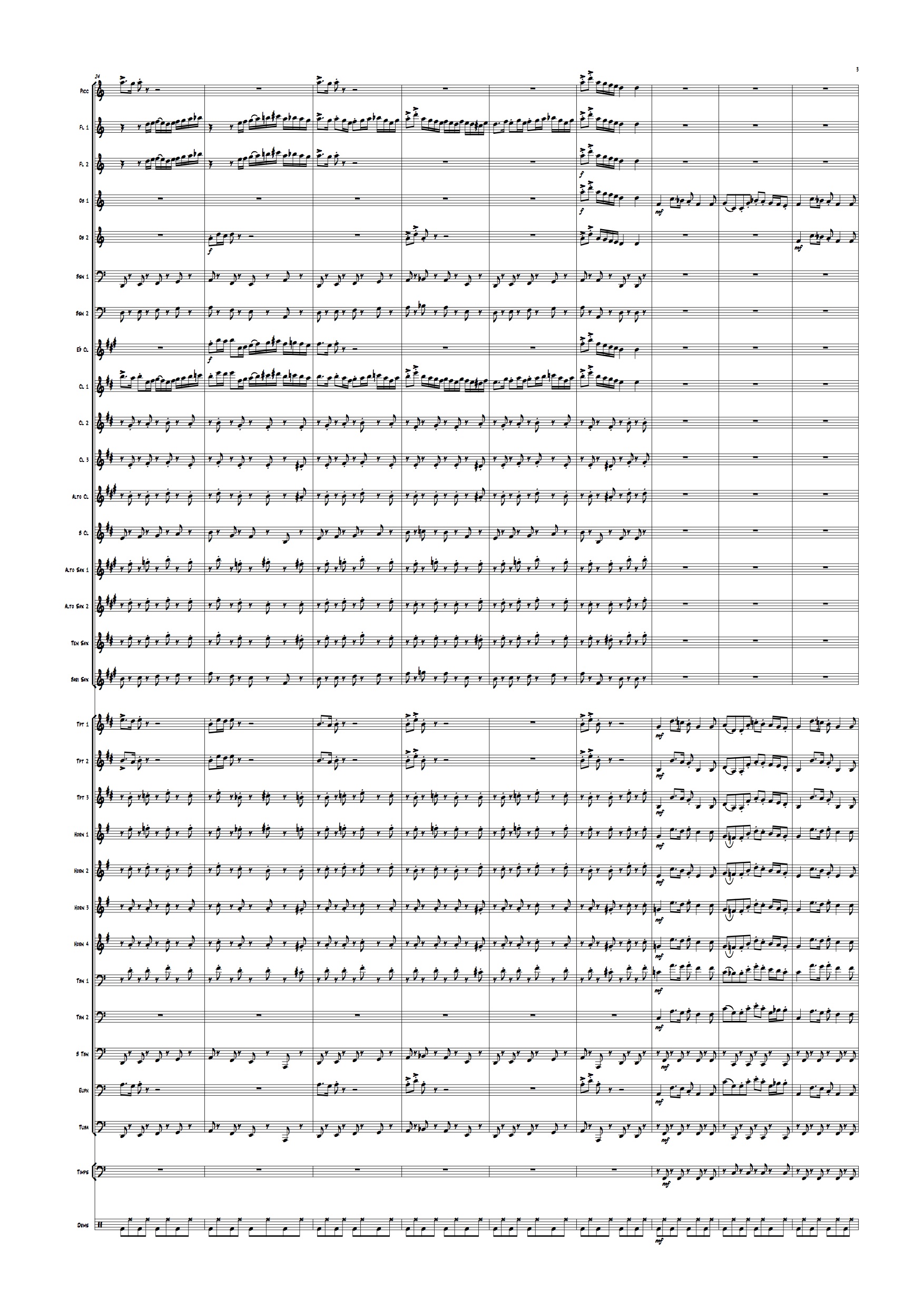