By
Gustav Holst
Arranged
Jock McKenzie
Sheet Music Plus
Price
£ 11.00
This product is out of stock.
Product is not available in this quantity.
AudioVideoListenDescription Share

"Thaxted" is a tune based on the stately theme from the middle section of the Jupiter movement of Holst's orchestral suite “The Planets” and named after Thaxted, the English village where he resided much of his life.

Gustav Theodore Holst (1874-1934) was an English composer, arranger and teacher, best known for his orchestral suite “The Planets”. There were professional musicians in the previous three generations of Holst's family, and it was clear from his early years that he would follow the same calling. Holst was born in Cheltenham, Gloucestershire, the elder of the two children of Adolph von Holst, a professional musician, and his wife, Clara Cox. Clara was of British descent, but the Holst side of the family was of mixed Swedish, Latvian and German ancestry. Holst had hoped to become a pianist but was prevented by an injury to his right arm. Despite his father's reservations, he pursued a career as a composer, studying at the Royal College of Music under Charles Stanford. Unable to support himself by his compositions, he played the trombone professionally and later became a teacher. Among other teaching activities he built up a strong tradition of performance at Morley College, where he served as musical director from 1907 until 1924 and pioneered music education for women at St Paul's Girls' School, where he taught from 1905 until his death in 1934. His distinctive compositional style was the product of many influences, Richard Wagner and Richard Strauss being most crucial early in his development. The subsequent inspiration of the English folksong revival of the early 20th century and the example of such rising modern composers as Maurice Ravel, led Holst to develop and refine his individual style. Holst's works were played frequently in the early years of the 20th century, but it was not until the international success of “The Planets” in the years immediately after the First World War that he became a well-known figure. A shy man, he did not welcome this fame and preferred to be left in peace to compose and teach. He was a significant influence on a number of younger English composers, including Edmund Rubbra, MichaelTippett and Benjamin Britten.

"Thaxted" is a tune based on the stately theme from the middle section of the Jupiter movement of his orchestral suite “ThePlanets” and named after Thaxted, the English village where he resided much of his life. He adapted the theme in 1921 to fit the patriotic poem "I Vow to Thee, My Country" by Cecil Spring Rice but that was as a unison song with orchestra. It did not appear as a hymn-tune called "Thaxted" until his friend Ralph Vaughan Williams included it in “Songs of Praise”in 1926. It was sung at the funeral of Diana, Princess of Wales in 1997 and is sung annually on Remembrance Day (Poppy Day) at the Royal Albert Hall. The hymn tune is sung in numerous keys, the main one being B flat. Sometimes when choirs sing in 4-part harmony they opt for a different key to allow for SATB. We have opted for B flat as we feel it better suits brass instruments. This arrangement is of flexible length, allowing for the standard hymn tune format of 3 verses, but can be repeated or deleted ad lib. We have also provided you with an optional fanfare introduction and an alternative verse 3 complete with flourishes. 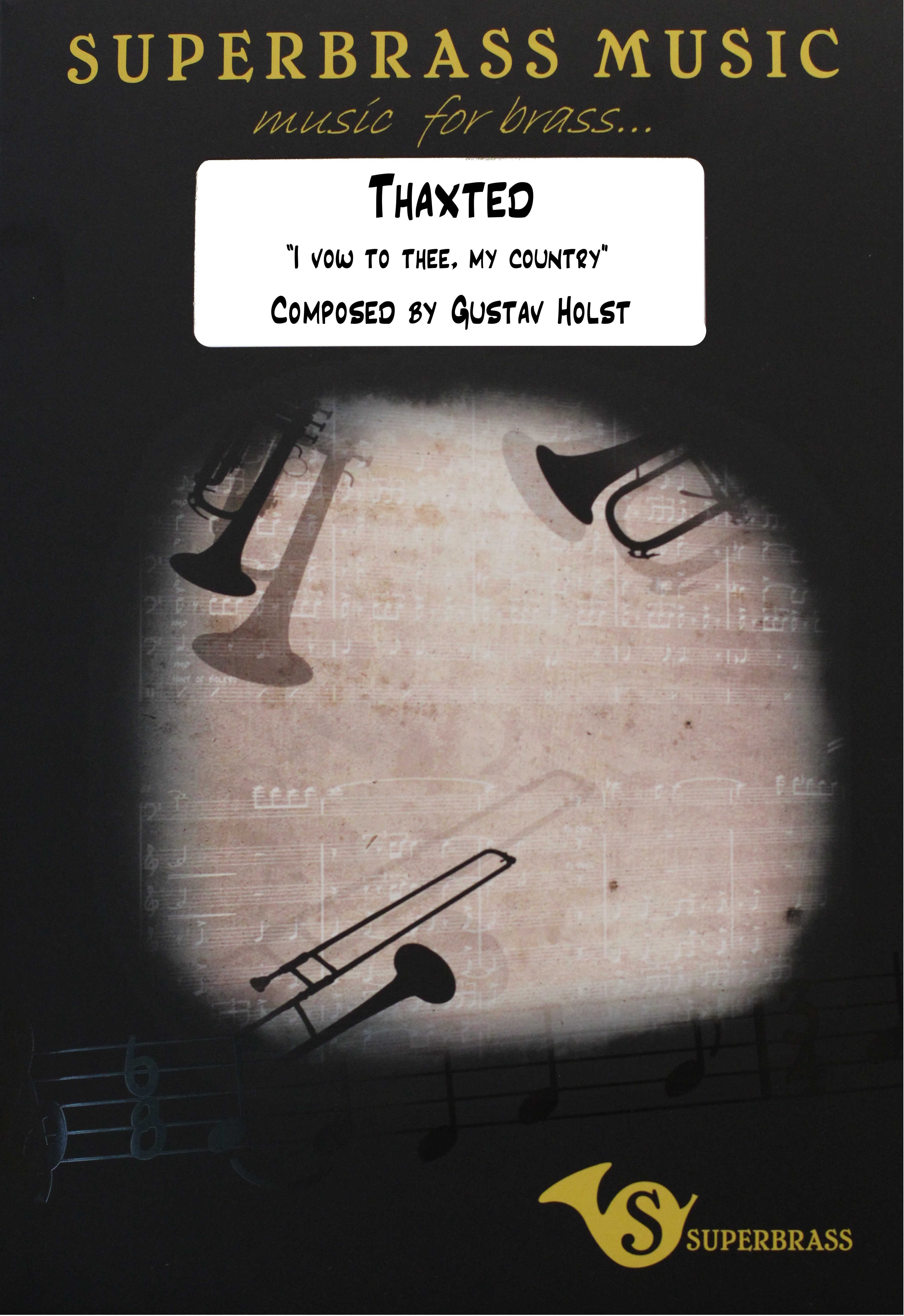 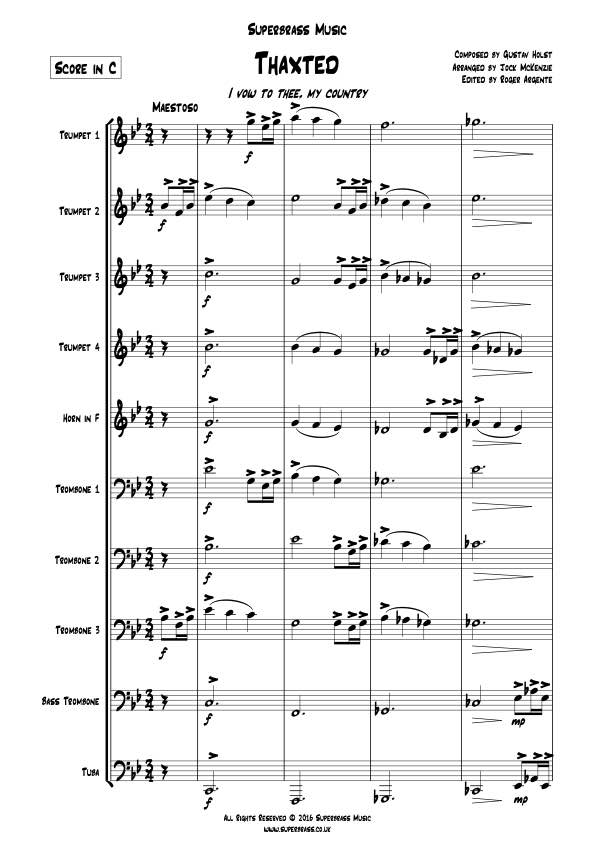 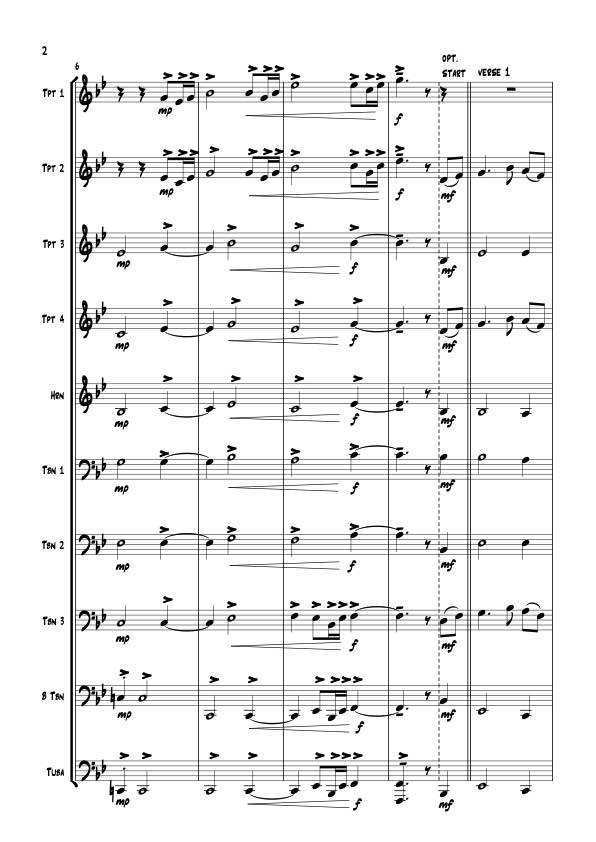 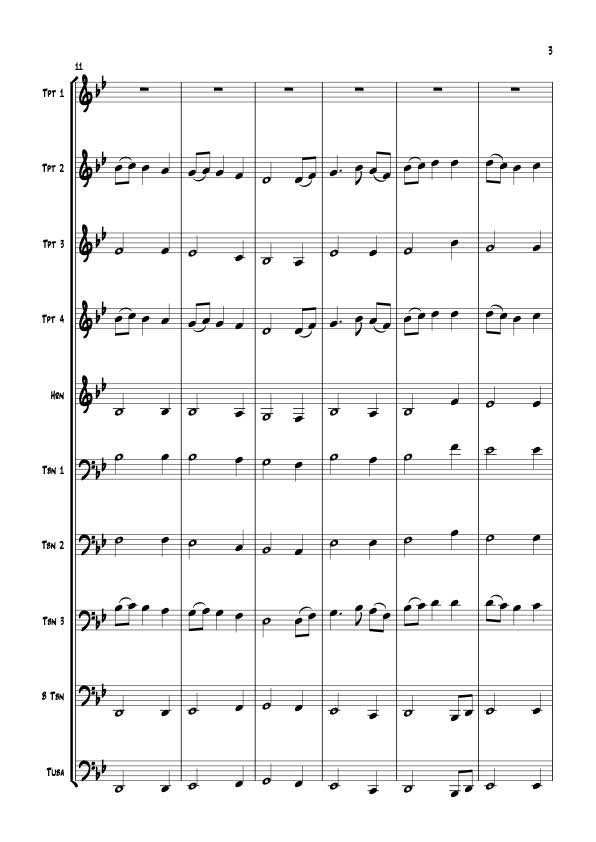