By
Henry Purcell
Arranged
Jock Mckenzie
Sheet Music Plus
Price
£ 11.00
This product is out of stock.
Product is not available in this quantity.
AudioVideoListenDescription Share

After much research and deliberation Superbrass HQ has decided to attribute this piece to Henry Purcell not Jeremiah Clarke.

After much research and deliberation Superbrass HQ has decided to attribute this piece to Henry Purcell not Jeremiah Clarke. Clarke is best remembered for "The Prince of Denmark's March", which is commonly called the "Trumpet Voluntary", written about 1700. From the late 1870's until the 1940s the “Prince of Denmark” was attributed to Henry Purcell and was published as "Trumpet Voluntary" by Henry Purcell in William Sparkes's Short Pieces for the Organ, Book VII, No. 1. Music scholars and historians are still arguing about who actually composed "Trumpet Tune and Air". What is certain is that it originated and was taken from the semi-opera "The Island Princess", the story about a group of European voyagers who travel to the Spice Islands and are astounded by the alien culture they meet there. Semi-operas were popular and developed in England between 1673 and 1710 and were performed with singing, speaking and dancing roles. Along with Henry Purcell it is pretty certain that both Jeremiah Clarke and DanielPurcell (Henry Purcell's younger brother or cousin) also contributed to this production, leading to the confusion. Contrary to what you may think, trumpet tunes like this were not originally written for the trumpet, but for the“trumpet” set of pipes on the organ. These brassy reed pipes were used for joyful, rhythmic tunes. This piece has become a standard at weddings, and it is usually played right before the beginning of the ceremony and has even been used in several Royal weddings.

Henry Purcell (1659-1695) is generally considered to be one of the greatest English composers. He incorporated Italian and French stylistic elements into his compositions, written during the Baroque period. Henry Purcell's family lived just a few hundred yards west of Westminster Abbey. Henry Purcell Senior was a gentleman of the Chapel Royal and sang at the coronation of King Charles II of England. Purcell is said to have been composing at nine years old. Purcell died in 1695 at his home in Dean's Yard, Westminster, at the height of his career. He is believed to have been 35 or 36 years old at the time. The cause of his death is unclear: one theory is that he caught a chill after returning home late from the theatre one night; another is that he died of tuberculosis. Purcell is buried adjacent to the organ in Westminster Abbey. The music that he had earlier composed for Queen Mary's funeral was performed during his funeral. In 1691, he wrote the music for what is sometimes considered his dramatic masterpiece, “King Arthur”. One year later, he composed “The Fairy-Queen” based on Shakespeare's “A Midsummer Night's Dream”, the score of which was rediscovered in 1901. “The Indian Queen” followed in 1695. Purcell also had a strong influence on English composers of the mid 20th century, most notably Benjamin Britten, whose "The Young Person's Guide" to the Orchestra is based on the Rondeau from Purcell's “Abdelazar”. 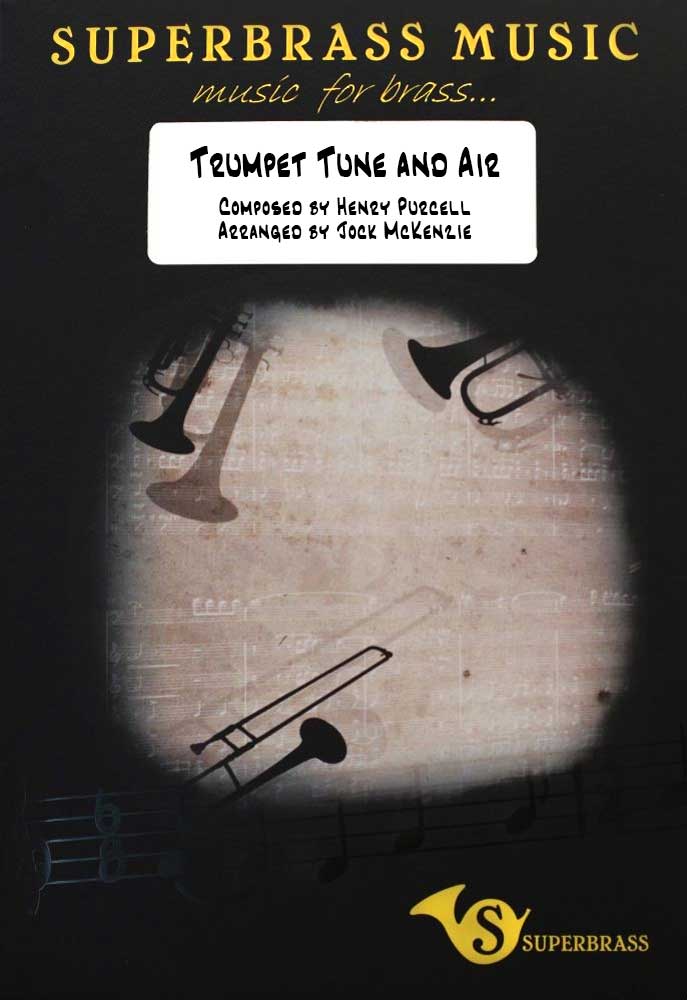 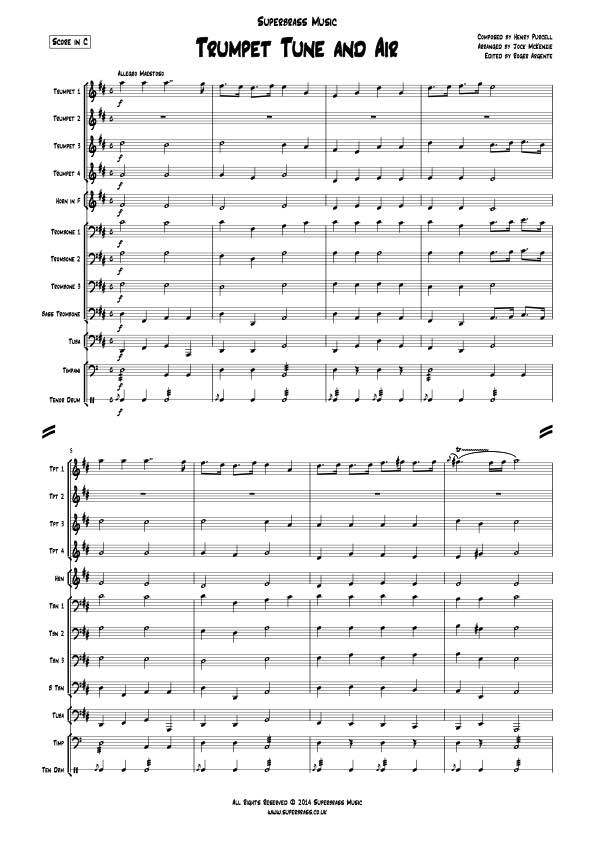 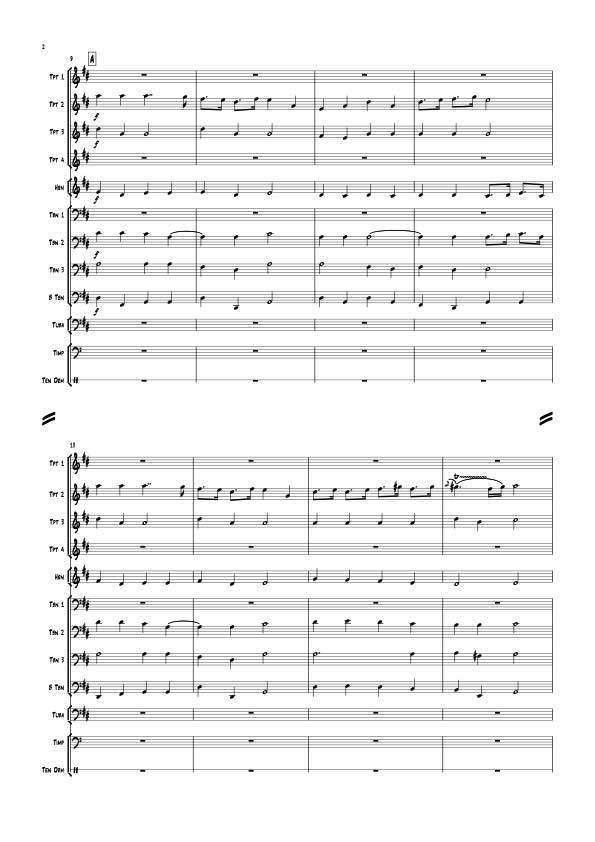 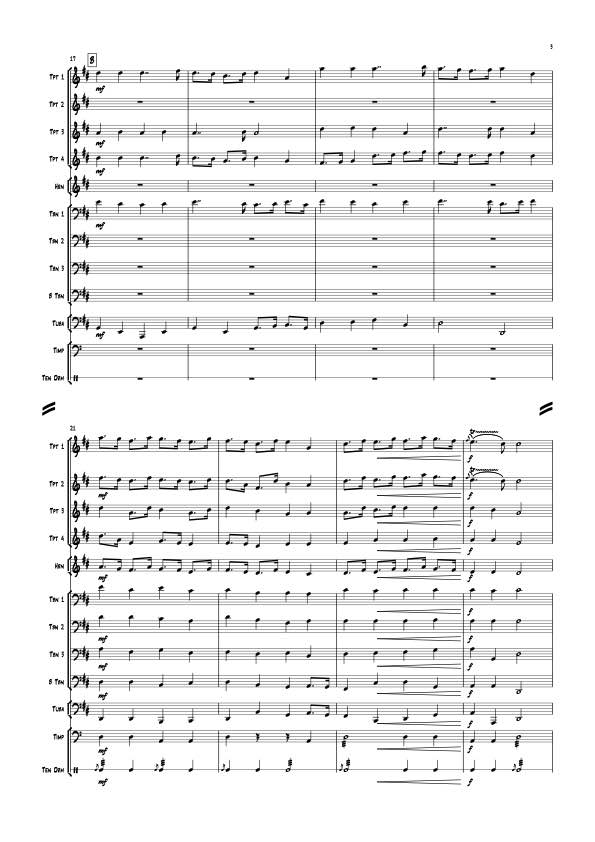