By
Cab Calloway
Arranged
Adam Brown
Sheet Music Plus
Price
£ 20.00
This product is out of stock.
Product is not available in this quantity.
AudioVideoListenDescription Share

Minnie the Moocher is a jazz song first recorded in 1931 by Cab Calloway and His Orchestra. It is most famous for its nonsensical ad-libbed scat lyrics ("Hi De Hi De Hi De Hi").

Minnie the Moocher is a jazz song first recorded in 1931 by Cab Calloway and His Orchestra. It is most famous for its nonsensical ad-libbed scat lyrics ("Hi De Hi De Hi De Hi"). In performances, Calloway would have the audience participate by repeating each scat phrase in a form of call and response. Eventually Calloway's phrases would become so long and complex that the audience would laugh at their own failed slang reference to smoking opium. Calloway appeared in the 1980 film The Blues Brothers and sang a shortened version, in the original big band style.

Cabell "Cab" Calloway III (1907–1994) was an American jazz singer and bandleader. He was strongly associated with the Cotton Club in Harlem, New York City, where he was a regular performer. Calloway was a master of energetic scat singing and led one of the United States' most popular big bands from the start of the 1930s to the late 1940s. Calloway's band featured performers such as trumpeters Dizzy Gillespie and "Doc" Cheatham, saxophonists Ben Webster and New Orleans guitarist Danny Barker. Calloway continued to perform until his death in 1994 at the age of 86. Born in Rochester, New York, on Christmas Day in 1907 to an upper-middle-class family, who later moved on and settled in Baltimore. Cab Calloway grew up as an adolescent in a middle-class household in West Baltimore's Sugar Hill, considered the political, cultural and business hub of Black society. Early on, his parents recognised their son's musical talent and he began private voice lessons in 1922. He continued to study music and voice throughout his formal schooling. Despite his parents' and teachers' disapproval of jazz, Calloway began frequenting and performing in many of Baltimore's nightclubs. After graduating Calloway joined his older sister, Blanche, in a touring production of the popular Black musical revue, Plantation Days. (Blanche Calloway became an accomplished bandleader before her brother did, and he would often credit her as his inspiration for entering show business). His parents had hopes of their son becoming an attorney following after his father, so Calloway enrolled at Crane College in Chicago. His main interest, however, was in singing and entertaining, and he spent most of his nights at Chicago's Dreamland Ballroom, the Sunset Café and the Club Berlin, performing as a drummer, singer and MC. At the Sunset Café he met and performed with Louis Armstrong, who taught him to sing in the "scat" style. He eventually left school to sing with a band called the Alabamians. In 1930 Calloway took over a brilliant, but failing band called The Missourians and renamed it Cab Calloway and His Orchestra. The Cotton Club in New York's Harlem was the premier jazz venue in the country; In 1931 Calloway and his orchestra were hired as a replacement for the Duke Ellington Orchestra. Calloway quickly proved so popular that his band began touring nationwide when not playing the Cotton Club. Their popularity was greatly enhanced by the twice weekly live national radio broadcasts on NBC. Renewed interest in Calloway occurred in 1980 when he appeared in the hit film The Blues Brothers, performing Minnie the Moocher. 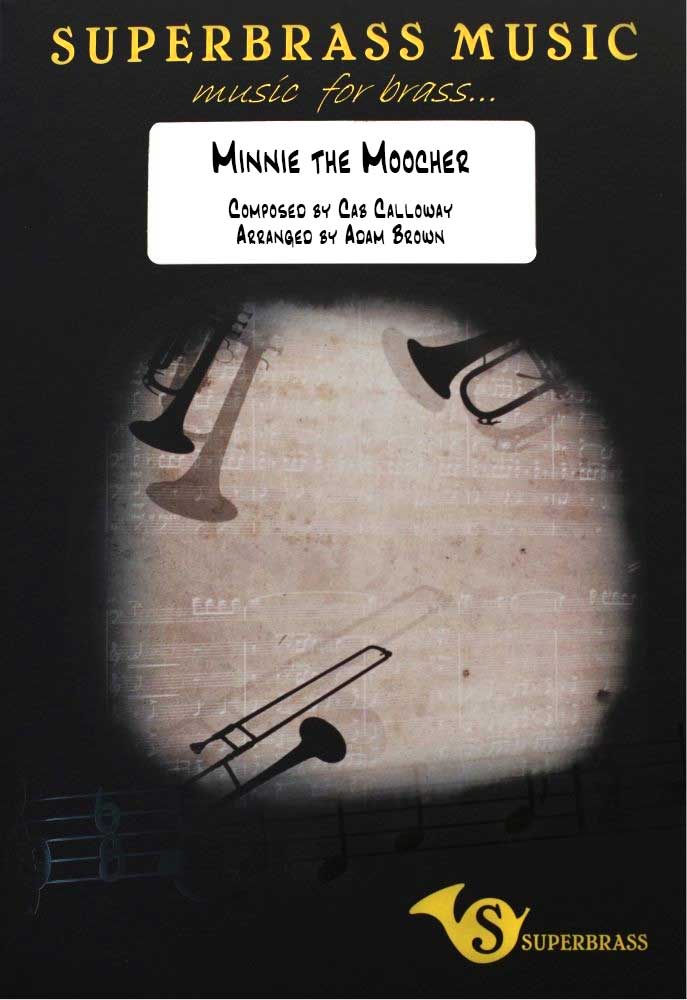 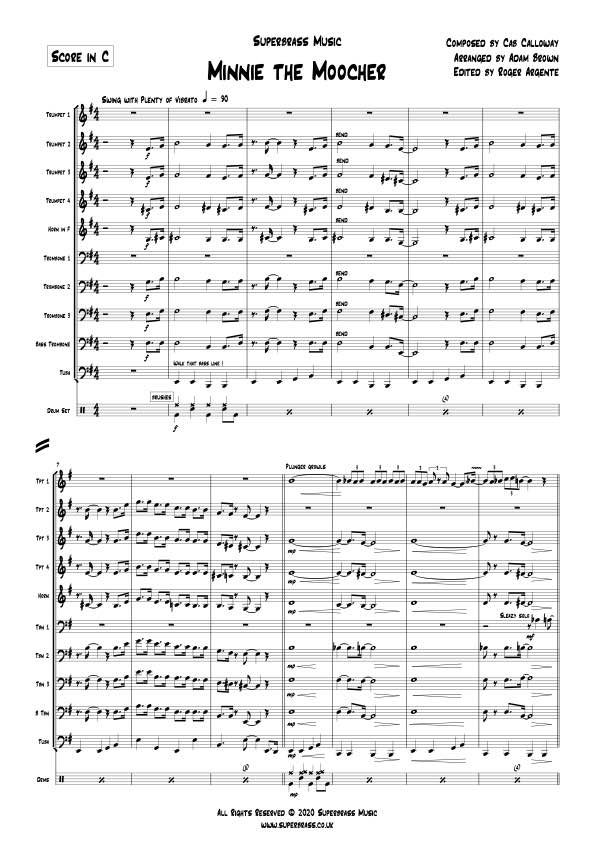 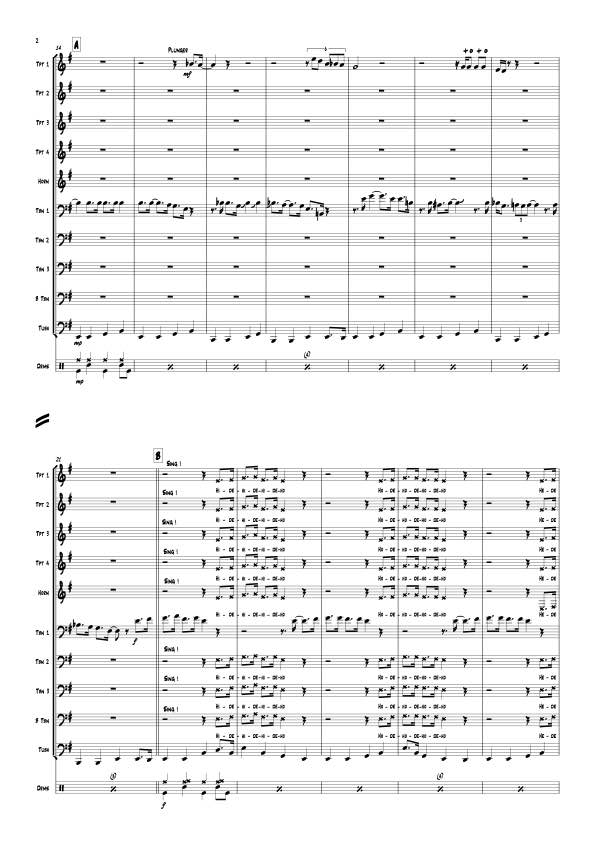 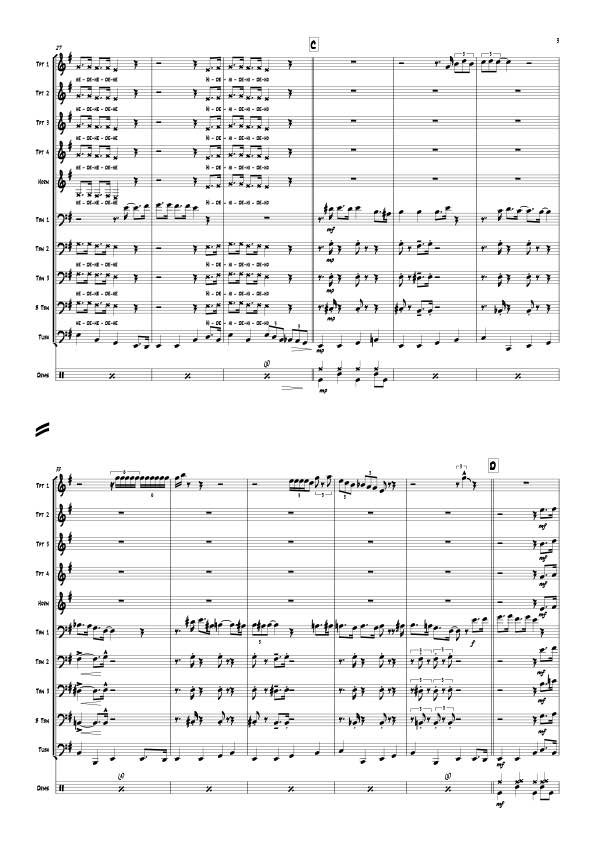