By
Christopher Brubeck
Arranged
Jock McKenzie
Sheet Music Plus
Price
£ 44.00
This product is out of stock.
Product is not available in this quantity.
AudioVideoListenDescription Share

This three-movement, thirteen-minute concerto has enjoyed a robust life with performances by notable orchestras and bands all around the world. Happily, the concerto also works well as a recital piece, with many accomplished college players having won concerto competitions performing it. Chris Brubeck

Grammy-nominated composer Chris Brubeck continues to distinguish himself as an innovative performer and composer who is clearly tuned into the pulse of contemporary music.  Respected music critic for The Chicago Tribune, John von Rhein called Chris: “a composer with a real flair for lyrical melody--a 21st Century Lenny Bernstein.”  In addition to creating an impressive body of work, including several band pieces, chamber pieces, 3 concertos for trombone, a trombone quartet, and several concertos for stringed instruments, Chris maintains a demanding touring and recording schedule playing bass and trombone with his two groups:  the Brubeck Brothers Quartet, with brother Dan on drums, Chuck Lamb on piano and Mike DeMicco on guitar (www.brubeckbrothers.com); and Triple Play, an acoustic jazz-funk-blues-Americana trio with Joel Brown on guitar and Peter Madcat Ruth on harmonica and Chris on bass, trombone and piano (www.chrisbrubeckstripleplay.com.) Additionally, Chris performs as a soloist playing his trombone concertos with orchestras and has served as Artist in Residence with orchestras and colleges in America, coaching, lecturing, and performing with students and faculty.  Once a year he tours England with the group “Brubecks play Brubeck” along with brothers Darius (on piano) and Dan as well as British saxophonist Dave O'Higgins.  Chris had been a long-standing member of the Dave Brubeck Quartet, writing arrangements and touring and recording with his father's group for over 20 years.

Bass Trombone Concerto - As a bass trombonist, I spent many years of my adolescence playing in youth orchestras, counting endless measures, and engaging in musical daydreams.  I would visualize myself jumping up from the back of the orchestra to unleash improvisations much to the conductor's horror.  So imagine how my wheels began turning when I was asked to write a work utilizing high-school-aged students in a youth orchestra. The resultant three-movement, thirteen-minute work has enjoyed a robust life with performances by notable orchestras all around the world.  Happily, the concerto works well as a recital piece, with many accomplished college players having won concerto competitions performing it. The name of the 3rd Movement, "James Brown in The Twilight Zone", might benefit from a note of explanation. The title refers to dual compositional elements used throughout:  2 bars from the "turn-around" of the GodFather of Soul's "I Feel Good", and an ascending chromatic passage. In addition to these very American cultural influences, the First Gulf war was being waged and Middle Eastern threads started to weave through the music. The 2nd Movement, "Sorrow Floats", is a reflective Adagio; I must admit I was inspired to name the movement after a chapter title from one of my favourite novels by John Irving. The 1st Movement, "Paradise Utopia", is sizzling with American expansionist energy. I imagine a Donald Trump-like figure maniacally rebuilding the New York skyline. Jazz elements were inescapable, and realizing my old nightmare/dream, quite a bit of the trombone solo is meant to be improvised. I made a recording of the concerto with the London Symphony Orchestra, which was included on a CD called Bach to Brubeck released on Koch International Classics.  It can be heard under "Works" on the composer's website, www.chrisbrubeck.com Having already become popular as a bass trombone work with orchestra accompaniment, renowned British Bass Trombonist and publisher Roger Argente suggested he release a special Brass Band arrangement of my concerto. Roger knew the piece well because years ago he played the European premiere of the concerto with the Royal Philharmonic Orchestra at the Royal Albert Hall.  I'm pleased that Superbrass has now published the first Brass Band arrangement of this three movement concerto. C.B. 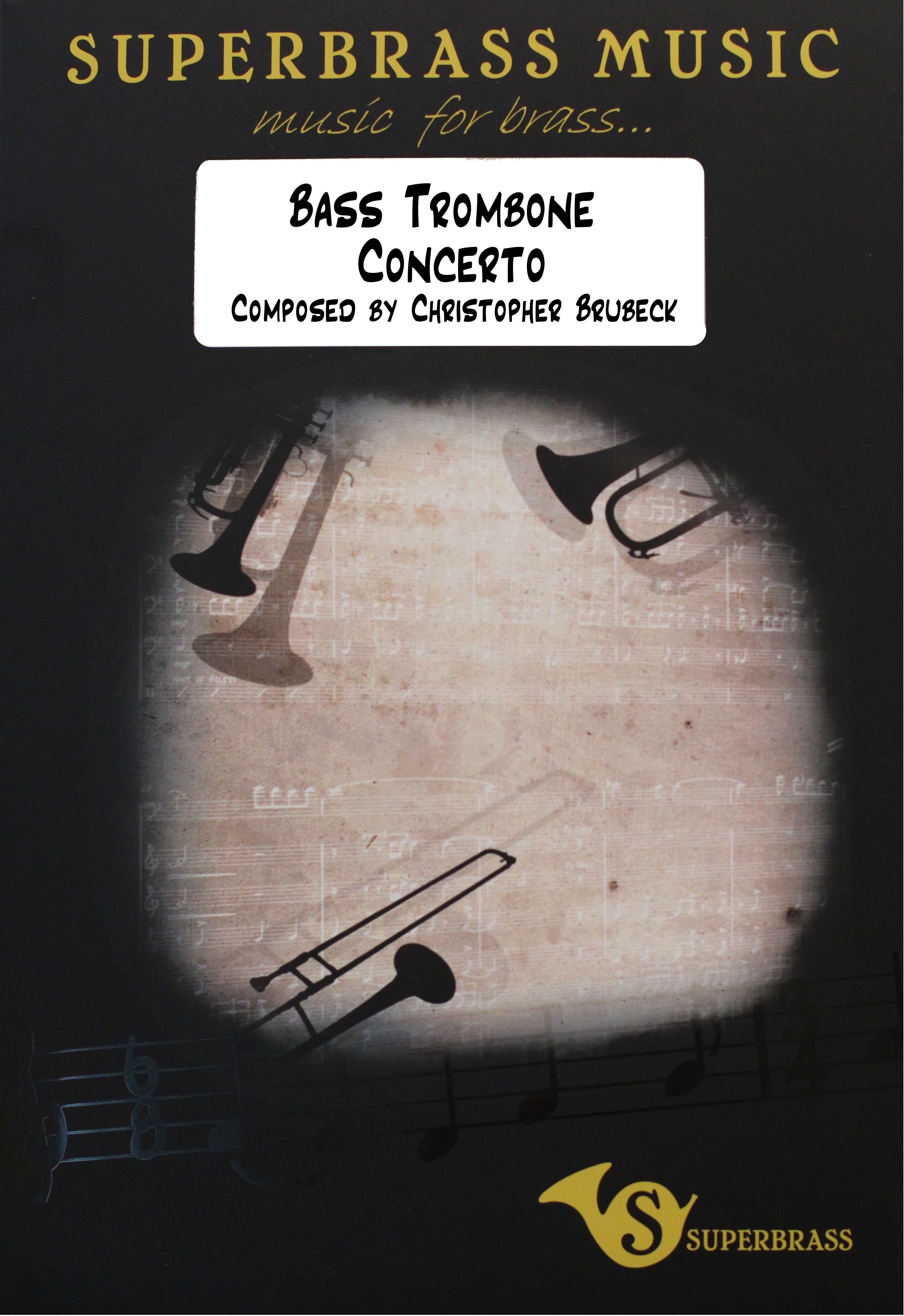 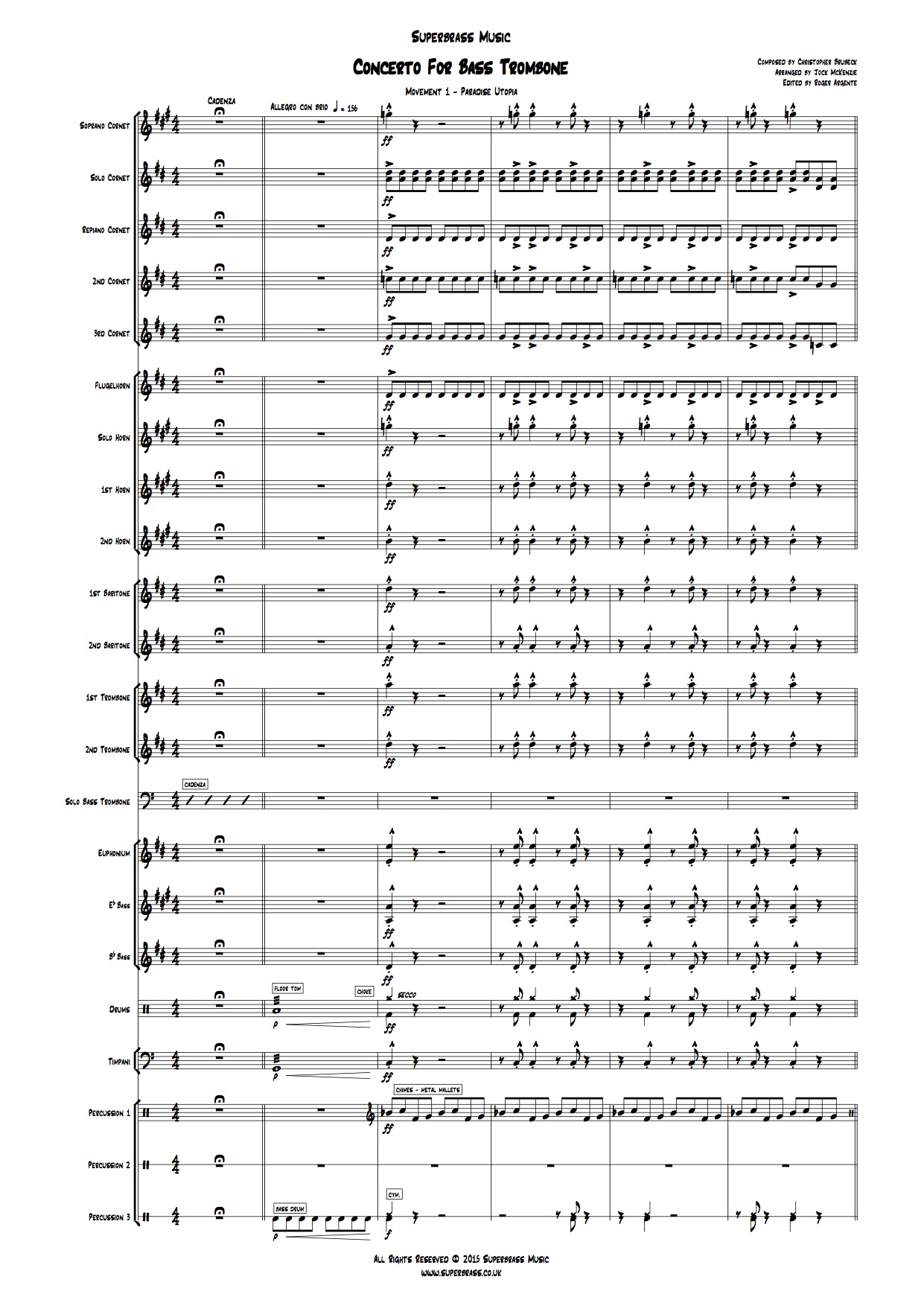 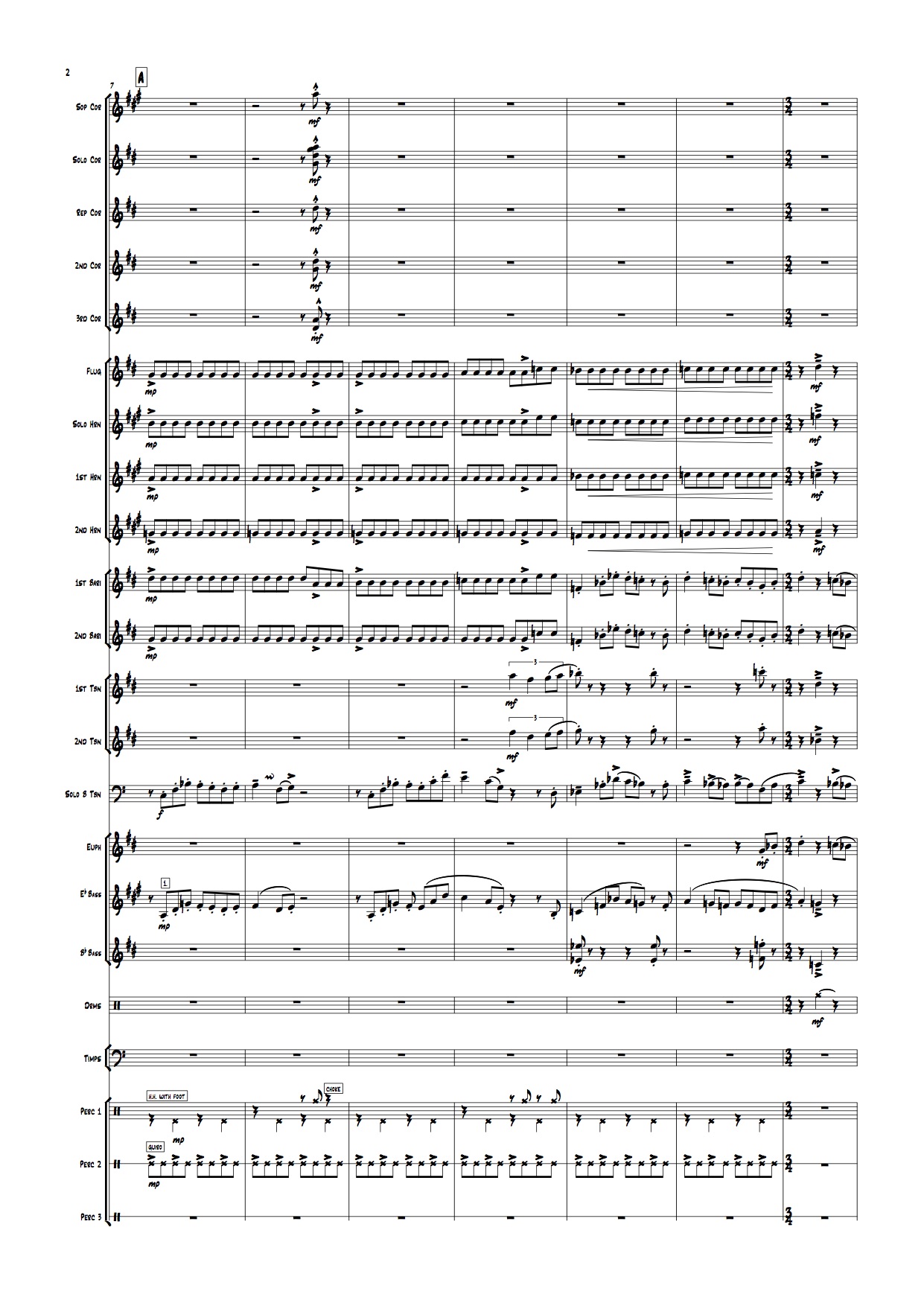 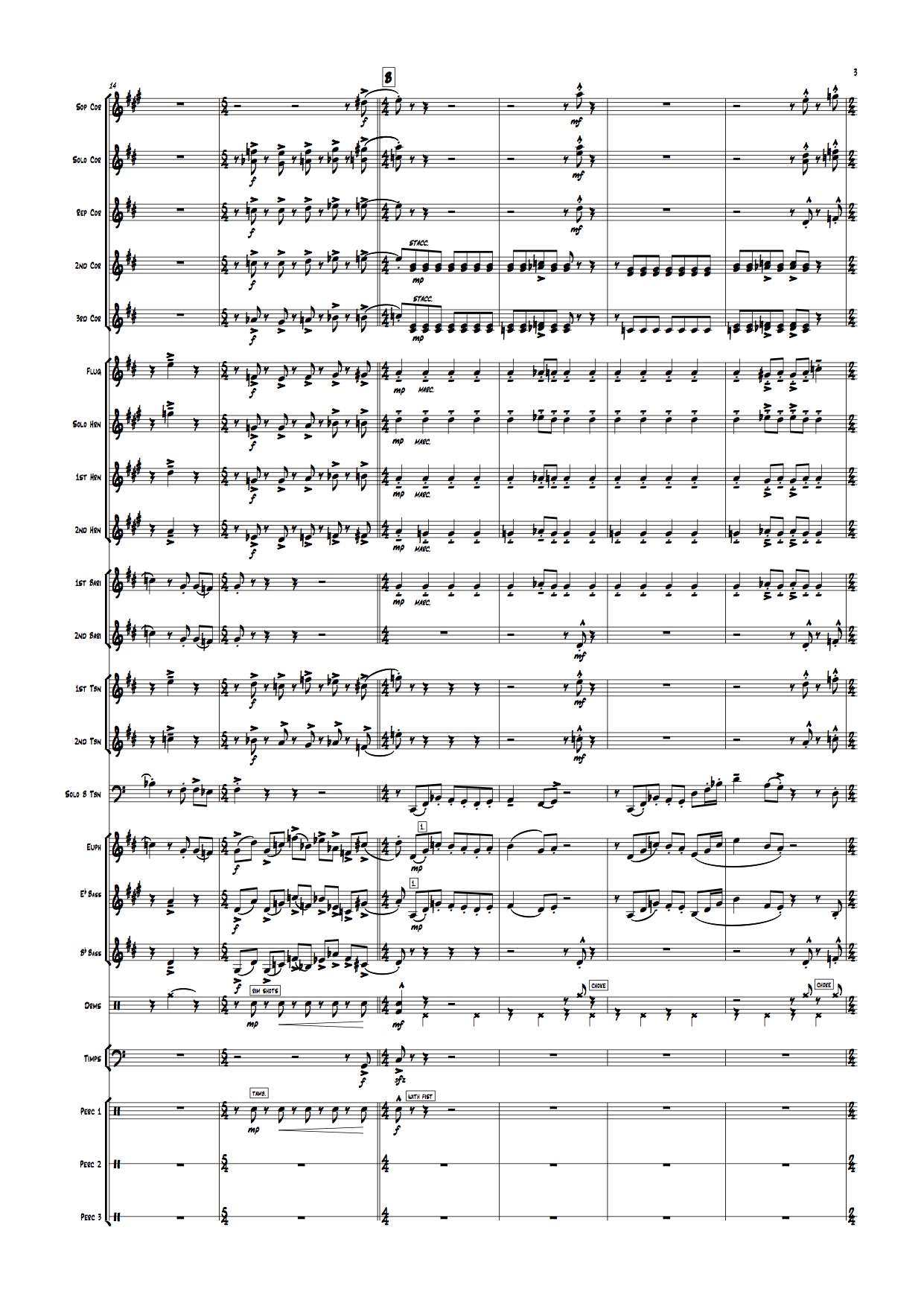