Composed by
Julius Fučík
Arranged by
Ian Shepherd
Sheet Music Direct
Price
£ 14.00
This product is out of stock.
Product is not available in this quantity.
AudioVideoListenDescription Share

Entry of the Gladiators opus 68 is a military march composed by Julius Fučík in 1897. It was originally called “Grande Marche Chromatique”, reflecting the chromatic scales used throughout the work but Fučík changed the title based on his personal interest in the Roman Empire.

Entry of the Gladiators opus 68 is a military march composed by Julius Fučík in 1897. It was originally called “Grande Marche Chromatique”, reflecting the chromatic scales used throughout the work but Fučík changed the title based on his personal interest in the Roman Empire. Under the title “Thunder and Blazes” this work gained popularity as a fast screamer march, used by circuses often to introduce the entry of clowns.

Fučík (1872 –1916) was a Czech composer and conductor. He was a prolific composer, with over 400 marches, polkas and waltzes to his name. As most of his work was for military bands, he is sometimes known as the "Bohemian Sousa". Today his marches are still played as patriotic music in the Czech Republic but his worldwide reputation rests primarily on two works: "The Florentiner March" and the "Entry of the Gladiators”. Fučík was born in Prague, Bohemia when Prague was part of the Austro-Hungarian Empire. As a student, he learned to play the bassoon, violin and various percussion instruments, later studying composition under Antonín Dvořák. In 1891, he joined the 49th Austro-Hungarian Regiment as a military musician. In 1894, Fučík left the army to take up a position as second bassoonist at the German Theatre in Prague. A year later he became the conductor of the Danica Choir in the Croatian city of Sisak. During this time, Fučík wrote a number of chamber music pieces, mostly for clarinet and bassoon. In 1897, he rejoined the army as the bandmaster for the 86th Infantry Regiment based in Sarajevo. Shortly after that, he wrote this his most famous piece, the “Einzug der Gladiatoren” or "Entry of the Gladiators". In 1900, Fučík's band was moved to Budapest where Fučík found there were now eight regimental bands ready to play his compositions. Having more musicians at his disposal, Fučík began to experiment with transcriptions of orchestral works. In 1910, Fučík moved again, returning to Bohemia where he became the bandmaster of the 92nd Infantry Regiment in Theresienstadt. At the time, the band was one of the finest in theAustro-Hungarian Empire, and Fučík toured with them giving concerts in Prague and Berlin to audiences in excess of 10,000 people. In 1913, Fučík finally settled in Berlin where he started his own band, the Prager Tonkünstler-Orchester, and a music publishing company called Tempo Verlag. His fortunes began to wane with the outbreak of the First World War, his business finally failed and his health suffered. He died on 25 September 1916 in Berlin at the age of 44 and is buried in Vinohrady Cemetery in Prague. 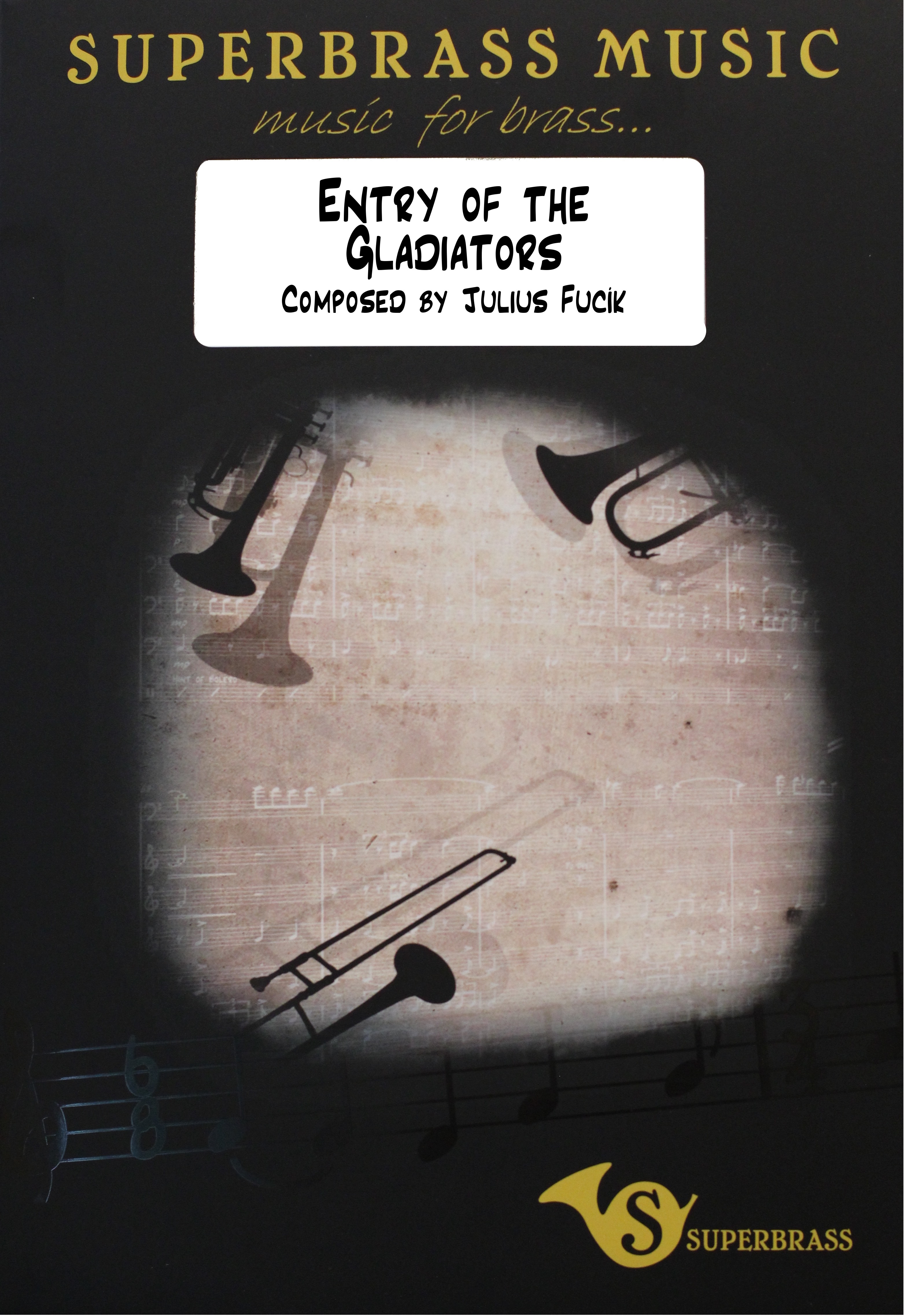 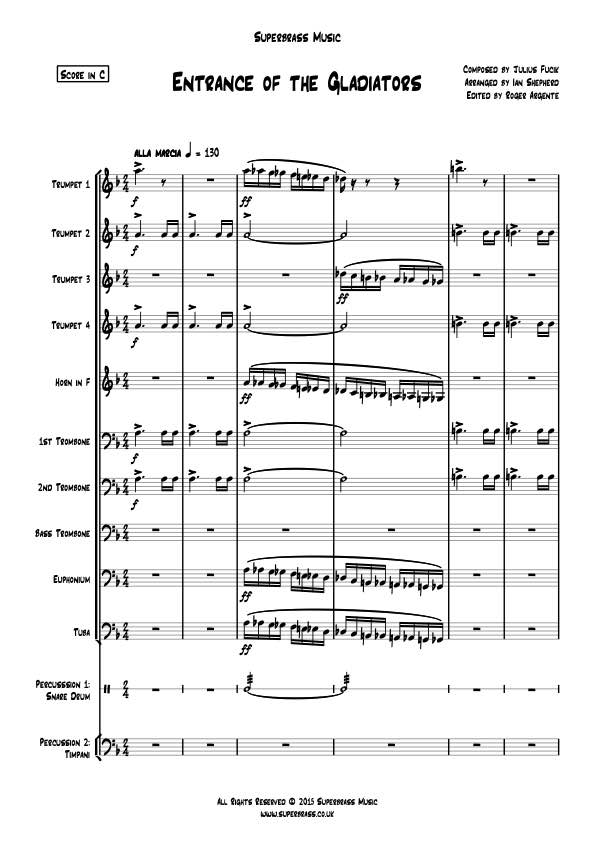 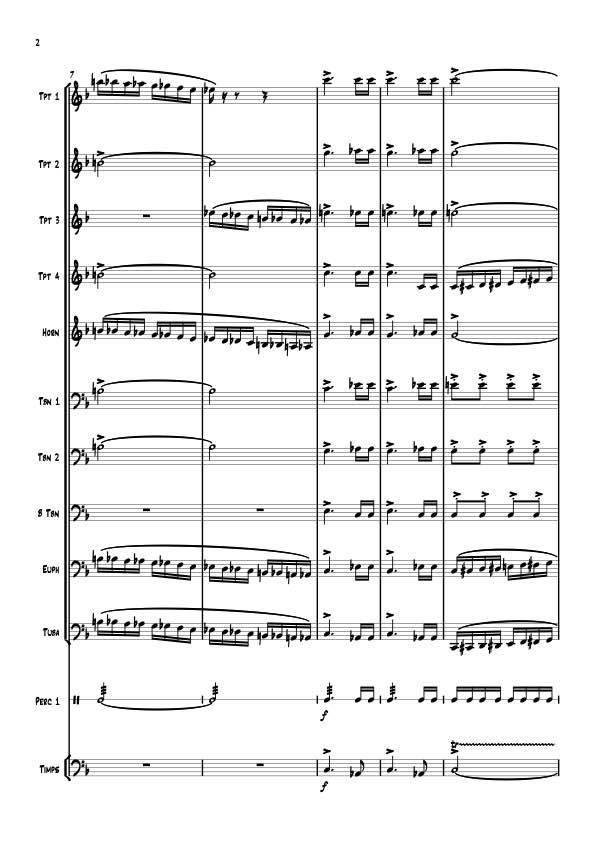 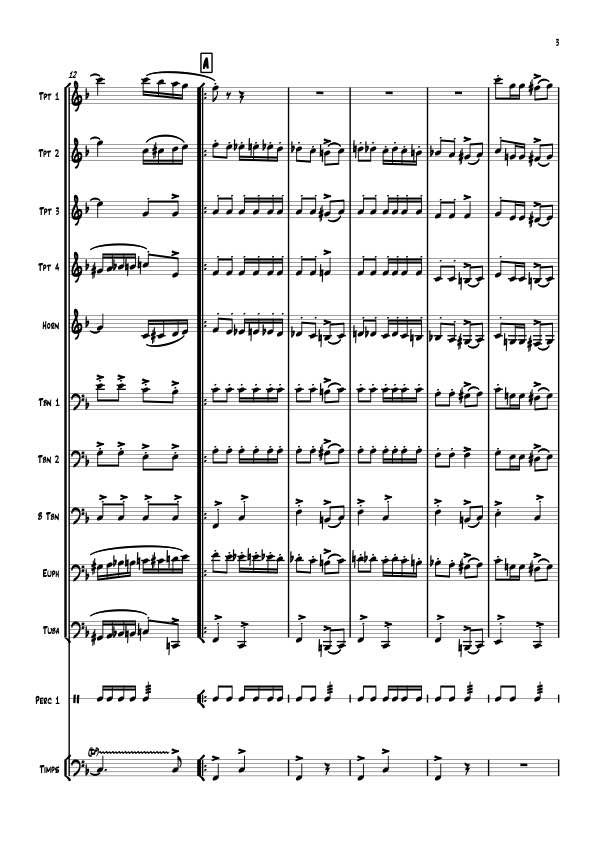