Composed by
Arranged by
Jock McKenzie
Sheet Music Direct
Price
£ 16.50
This product is out of stock.
Product is not available in this quantity.
AudioVideoListenDescription Share

Tiger Rag is a jazz standard that was recorded by the Original Dixieland Jass Band in 1917, The band did not use the "Jazz" spelling until later.

Tiger Rag is a jazz standard that was recorded by the Original Dixieland Jass Band in 1917, The band did not use the"Jazz" spelling until later. It is one of the most recorded jazz compositions. After the success of the Original Dixieland Jass Band recordings, the song gained national popularity. Dance band and march orchestrations were published for bands that had trouble playing jazz. Hundreds of recordings appeared in the late 1910s and through the 1920s. With the arrival of sound on films, it appeared on soundtracks to movies and cartoons when energetic music was needed. Tiger Rag had over 136 versions by 1942. Musicians who played and recorded it included Art Tatum, Benny Goodman, Frank Sinatra, Duke Ellington, Bix Beiderbecke, and Louis Armstrong, Charlie Parker even recorded a bebop version. During the early1930s Tiger Rag became a standard show off piece for big band arrangers and soloists here in the UK.

"This particular arrangement seeks to tell the story of this tune in New Orleans culture. Starting with a spiritual passage, it then moves through a more uplifting gospel mood, with a hint of what Jelly Roll Morton called the "Spanish Tinge". The piece bursts into life with a classic dixie style presentation concluding with a funkier edge in the manner of the present-day New Orleans brass bands. 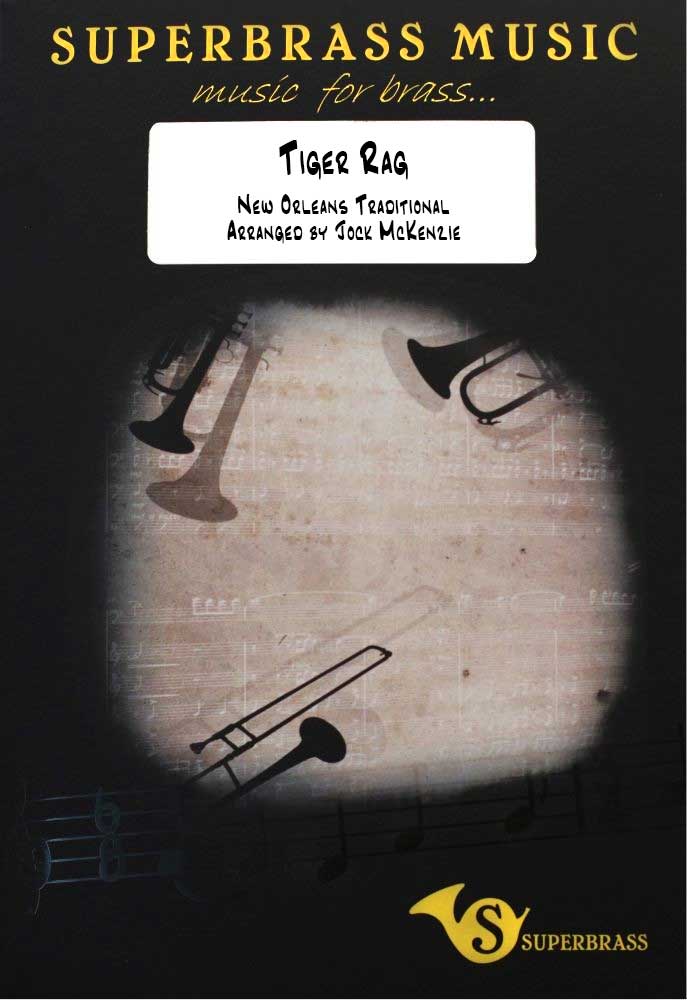 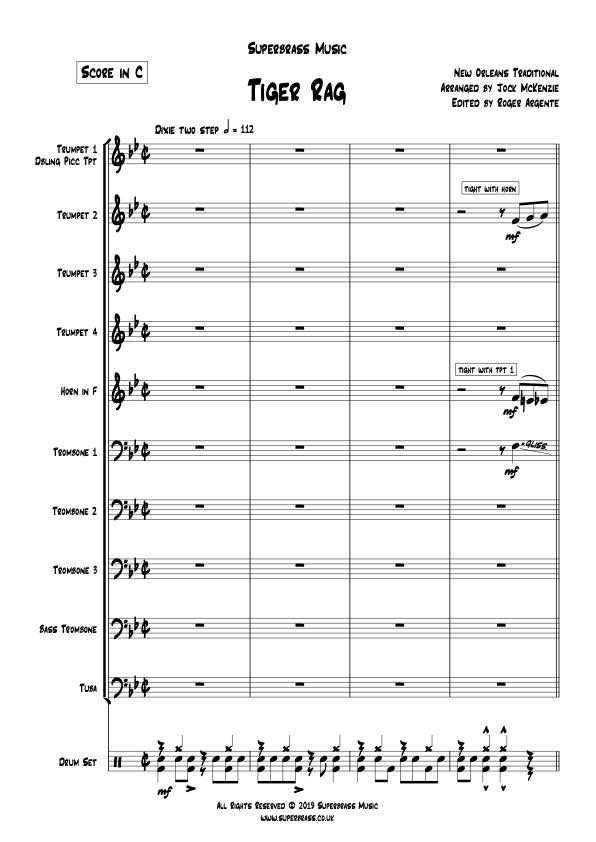 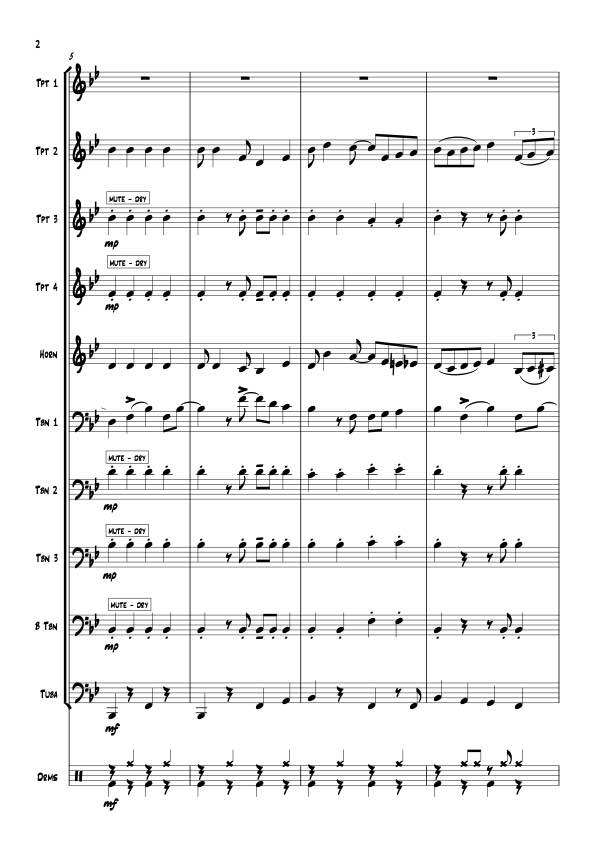 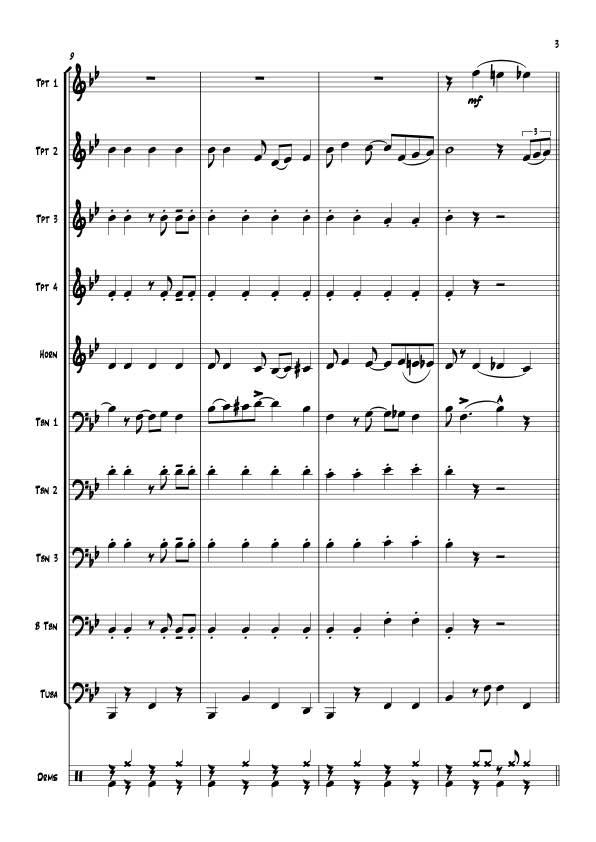