Composed by
Mark Bassey
Arranged by
Sheet Music Direct
Price
£ 16.50
This product is out of stock.
Product is not available in this quantity.
AudioVideoListenDescription Share

Enormous Pink Jellyfish is a groove piece. It features the trombones shaking and wobbling in a jelly-like fashion over a funky bass line interrupted by a swinging bebop bridge.

Enormous Pink Jellyfish is a groove piece. It features the trombones shaking and wobbling in a jelly-like fashion over a funky bass line interrupted by a swinging bebop bridge. Some trumpet jazz surfaces in the middle followed by a plunge into the mysterious depths of ‘polytonality’ before finally 'bringing the catch' home. A jazz quartet version of this piece appears on Mark Bassey’s “Telling Stories” CD of 2007 as part of his “Underwater Adventure Suite”.

Mark Bassey is a highly versatile composer and trombonist who can be heard in many different guises playing alongside Alan Barnes, Julian Arguelles, Nikki Iles and recently with Billy Jenkins and the BBC Big Band at Ronnie Scotts Jazz Club. Mark has written numerous compositions and arrangements, many of which have been recorded and broadcast - over 30 big band charts and various commissions including work for the AssociatedBoard. He has recorded widely – recently with Daphna Sadeh, Johannes Lemke, Clark Tracey. In 2007 he released Mark Bassey’s Telling Stories an album featuring his own highly programmatic writing. Mark has been involved with jazz education for over 25 years, teaching trombone and running classes in harmony, improvisation, composition and arranging at many colleges including the Royal Academy ofMusic, Trinity College of Music, and the Jamey Aebersold jazz summer school. 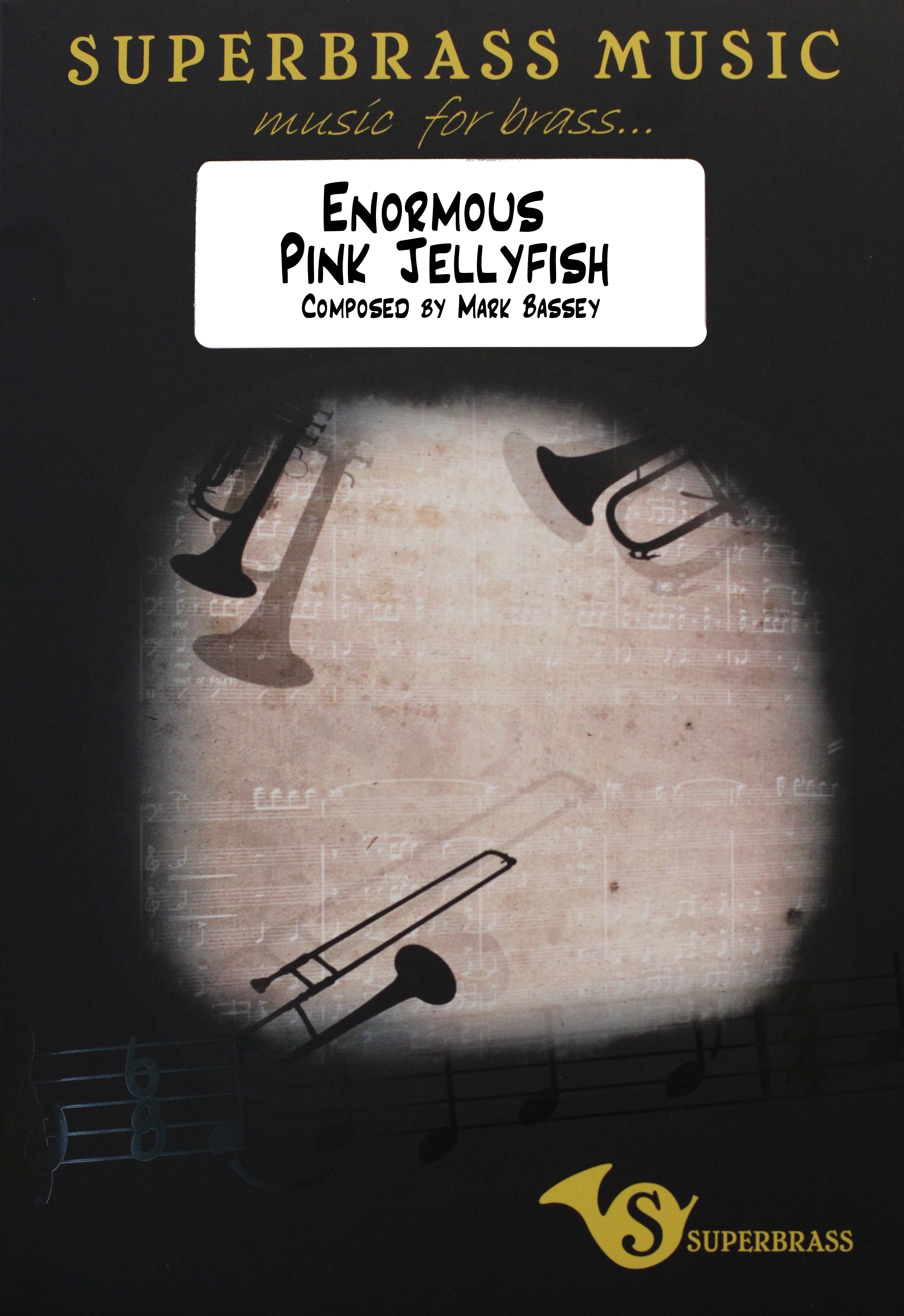 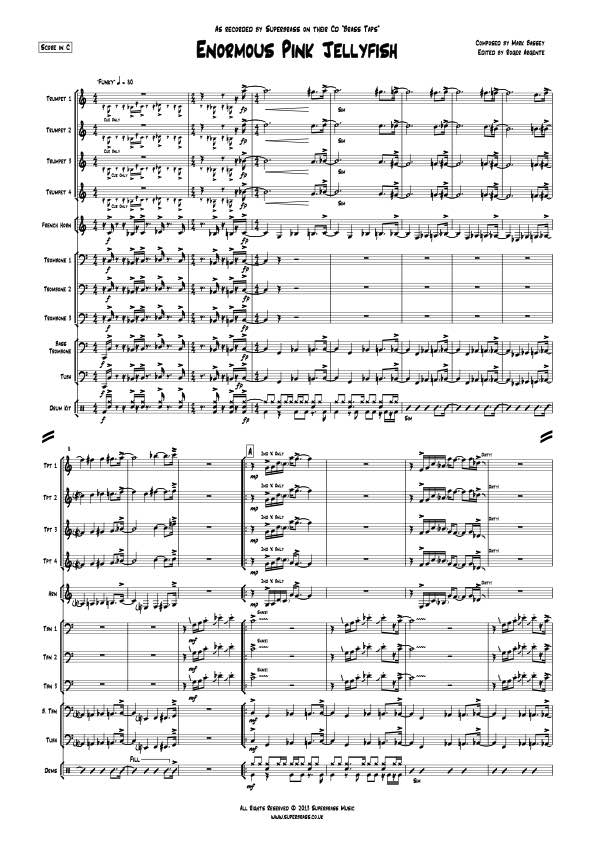 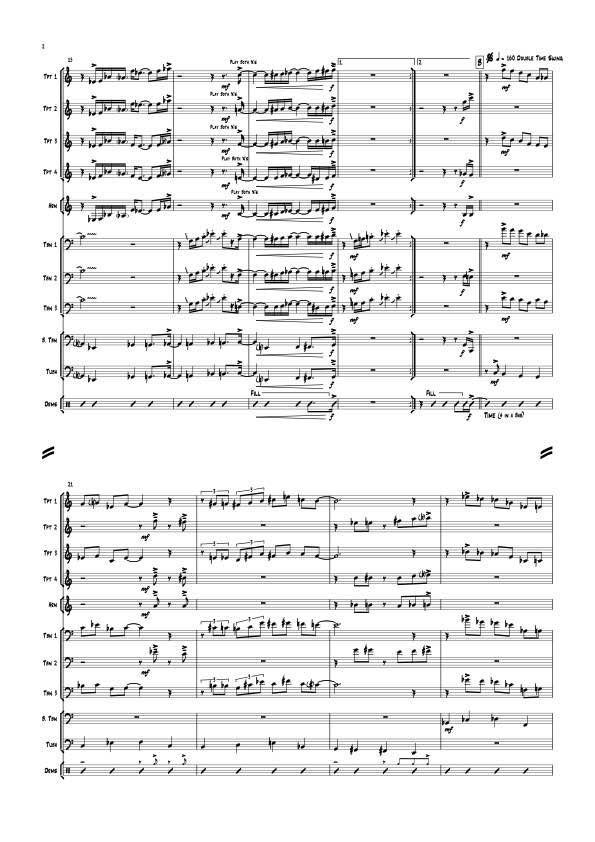 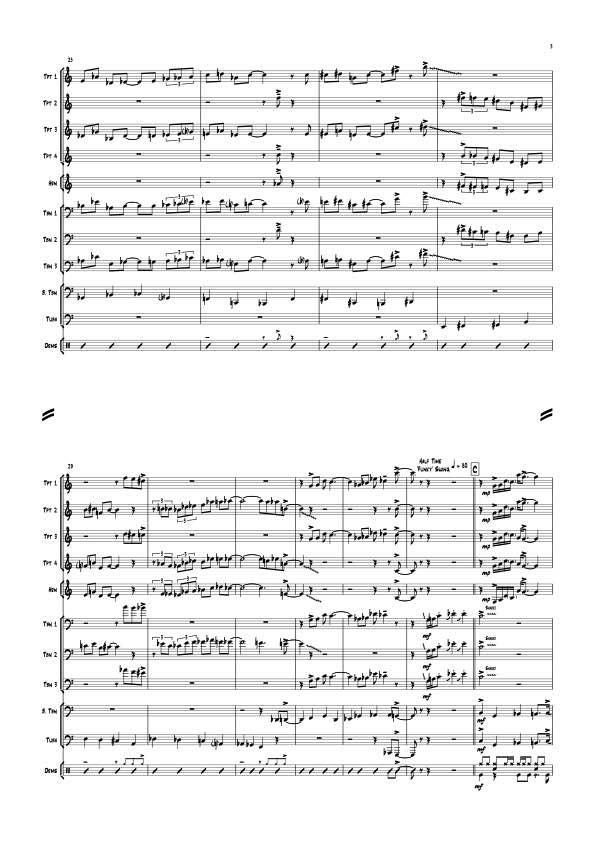